sharing stories with our Irish Friends!

When we were travelling in Australia we met a super cool Irish couple. Delightfully friendly, Linda and Kevin! we stayed facebook friends and a year later told them we were coming to Ireland! They kindly offered their hospitality to us for the last couple nights of our time in Ireland. 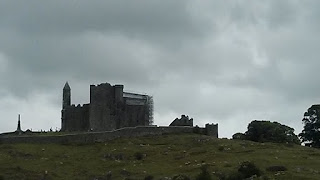 enroute to their place, we stopped at Cashel rock and Hore Abbey... 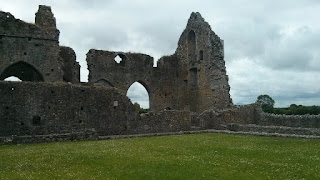 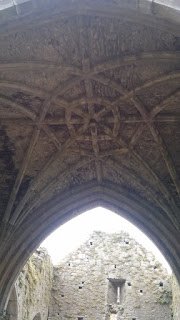 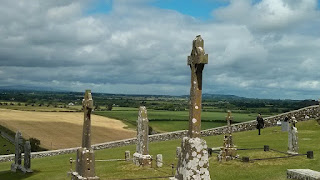 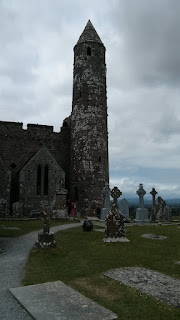 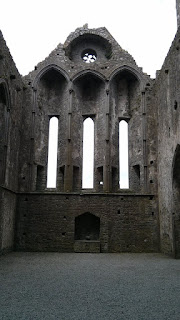 Arriving at Linda and Kevin's duplex was exciting and they immediately made us feel welcome. we had a beer and visited. Then went out for supper at the local pub. The next day Kevin had to work, while Linda set up a day of exploring the world heritage sites of Newgrange and Knowth.

Newgrange is the best known Irish passage tomb and dates to 3,200BC. The large mound is approximately 80m in diameter and is surrounded at its base by a kerb of 97 stones. 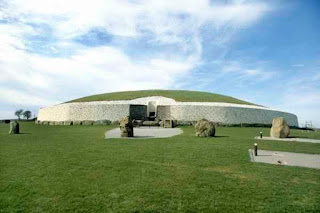 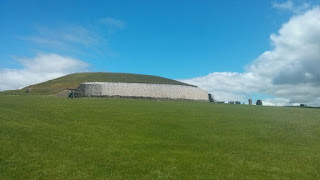 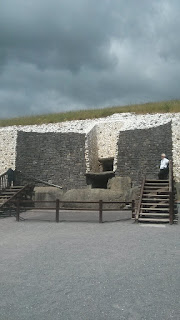 the stones are beautifully carved! 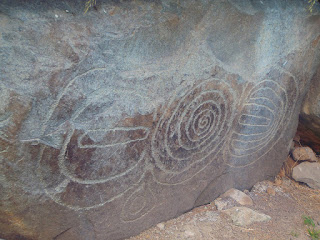 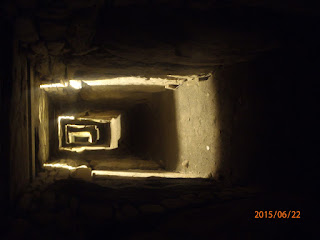 Knowth consists of one large mound containing two passage tombs surrounded by eighteen smaller mounds. This heritage site is believed to have several uses over the centuries. Knowth mounds were burial sites, as well as homes and hiding spots with underground passage ways. 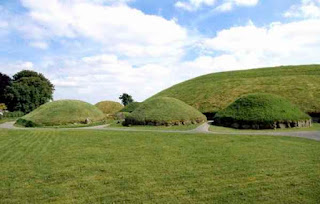 We really enjoyed our day seeing and hearing stories about this world heritage site. The history is overwhelming, and I found it a little hard to comprehend and imagine what it was like back in the day. but overall, a beautiful day to be outdoors in Ireland!! 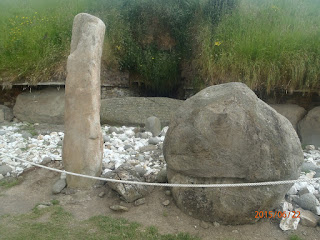 After a full day, we were happy to relax back at their place. It was so nice to sit in their "sitting room" and catch up on stuff (checking into our flight..reading up on Scotland...answering emails.. organizing pictures etc), and just having some "down time" after 9 days of fast paced travelling)

We were  spoiled by a delicious meal  of turkey, stuffing, peas and potatoes, and more potatoes! Yummy!!

THANK YOU LINDA AND KEVIN ! we really enjoyed our time with you, and hope that one day you come over to Canada!!