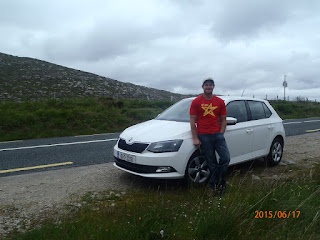 check out our wheels! this tiny little car will take us all over the West and South coast!

We drove along the Atlantic Coast, stopping at villages along the way. Most villages are colourful and full of pubs :).. 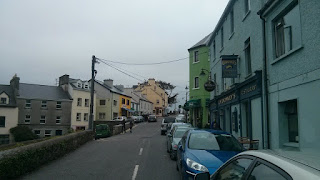 Majority of our accomodations are booked through booking.com, and recently we have been using trivago.com, which is a bigger search engine that searches hotels, B & B's, hostels, from booking.com, expedia, and other booking sites.
below is a cute Irish Hotel with a pub on the ground floor. 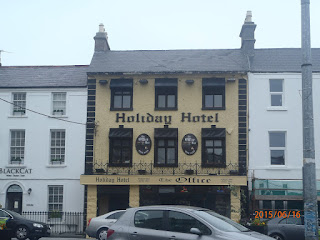 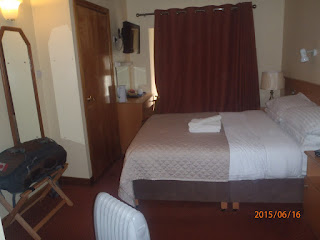 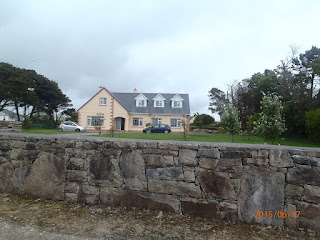 for as many tourists as there are, I have noticed a lack of public toilets. but below is the first paid for public toilet we saw! ha ha.. middle of the sidewalk?.. you pay for a maximum of 20 min.!.. awkward 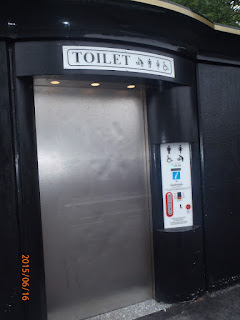 Landscape along the coast consists of farmers fields, cattle, sheep, and ROCKS! My theory is that back in the day, farmers and their families picked rocks and created rock walls as a way of clearing their land and not having to haul the rocks a far distance. (makes sens to me, correct me if i'm wrong ) 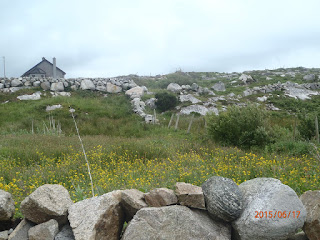 Galway was a cute, lively town full of excitement and shopping. It is said to be the cultural capital of Ireland, full of festivals and activities. We wandered around the Eyre Square which is a central public square lines with shops, restaurants and pubs. 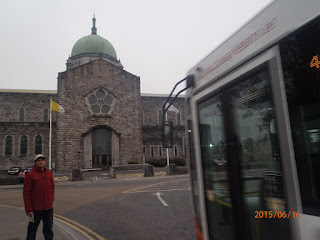 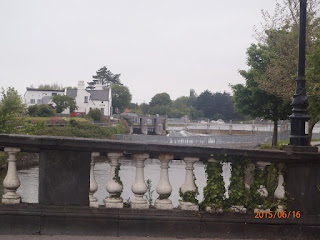 The Kylemore Abbey.
This magnificent castle was built in the 19th century by Mr. Henry, an Englishman who received a large inheritance from his Father. The Englishnan was a practicing Surgeon until his father Passed away, then he stopped practicing medicine to take over the family textile buisness. Mr.Henry married a beautiful women and together the couple had 9 children. They lived a happy life in their castle, often inviting friends and family over for celebrations in their castle. The castle was built overlooking a lake in a very quiet, tranquil area of Ireland. He built a large garden onsite, as well as a small church and cottages for his workers. The Henrys were a lovely couple and adored in the community. Their love story ended when Mrs.Henry became ill on a family vacation to Egypt. She passed away at the age of 45. Mr.Henry brought her body home to the castle and built an above ground grave site where he would later be laid to rest at the age of 84. Tragic love story.

The Englishman returned to England and sold his beautiful castle to nuns who finally opened it to the public in 2000. 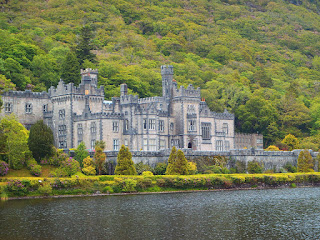 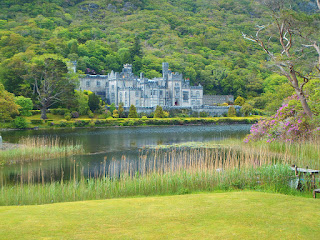 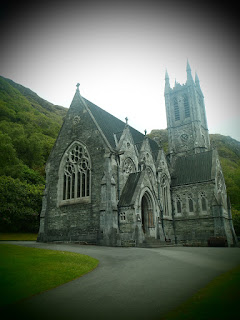 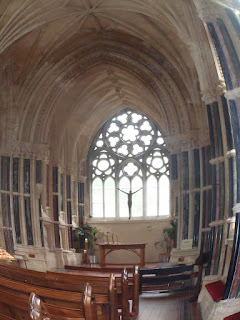 inside the castle... the dining room. (where the Henrys and their guests would be served supper and wine). The kitchen was located on the other side of the grande caslte, so the servants would have to run the food through the halls to be able to serve it warm. 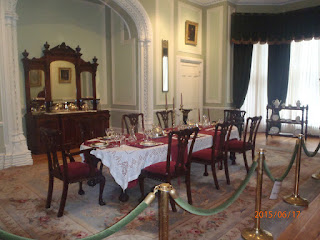 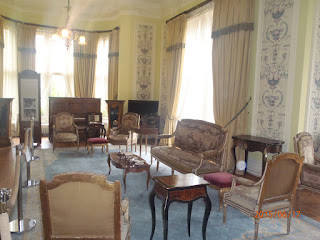 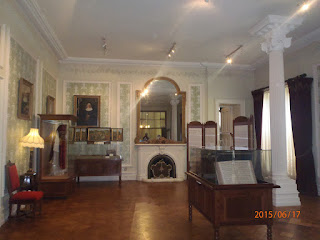 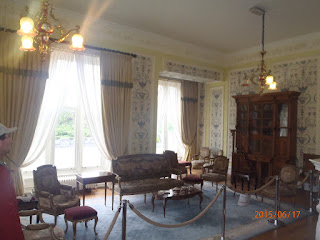 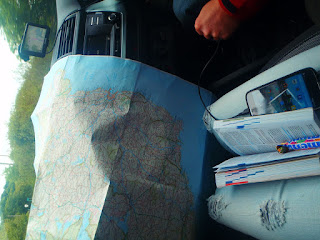 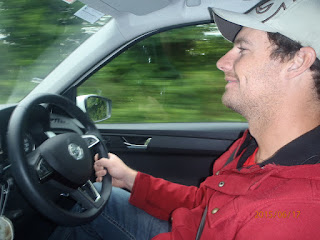 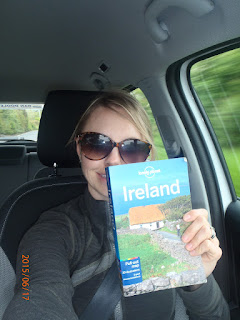 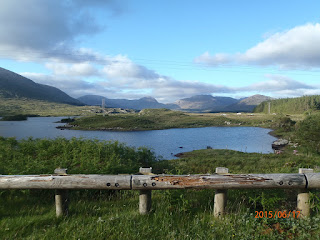 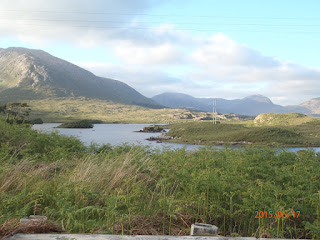 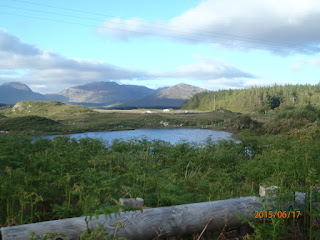 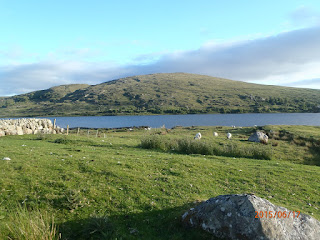 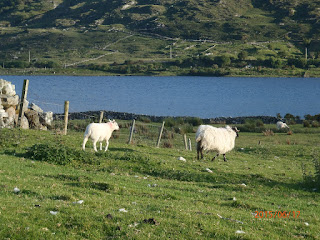