The outback cooled us down so when we returned to the coast, we felt hot, muggy and tired from the driving. So we splurged and stayed at a nice campground on mission beach which had a big pool and kiddie slide. A few ciders in, we had the pool to ourselves to splash around and go down the slide head first (such rebels)


The next day we felt refreshed and ready to move on. (Realizing we only had a week left, we started to move a little faster, hence no blogs)..we said good by to the Australian beach and headed inland.
Another driving day. We had a picnic for lunch at a pretty creek. 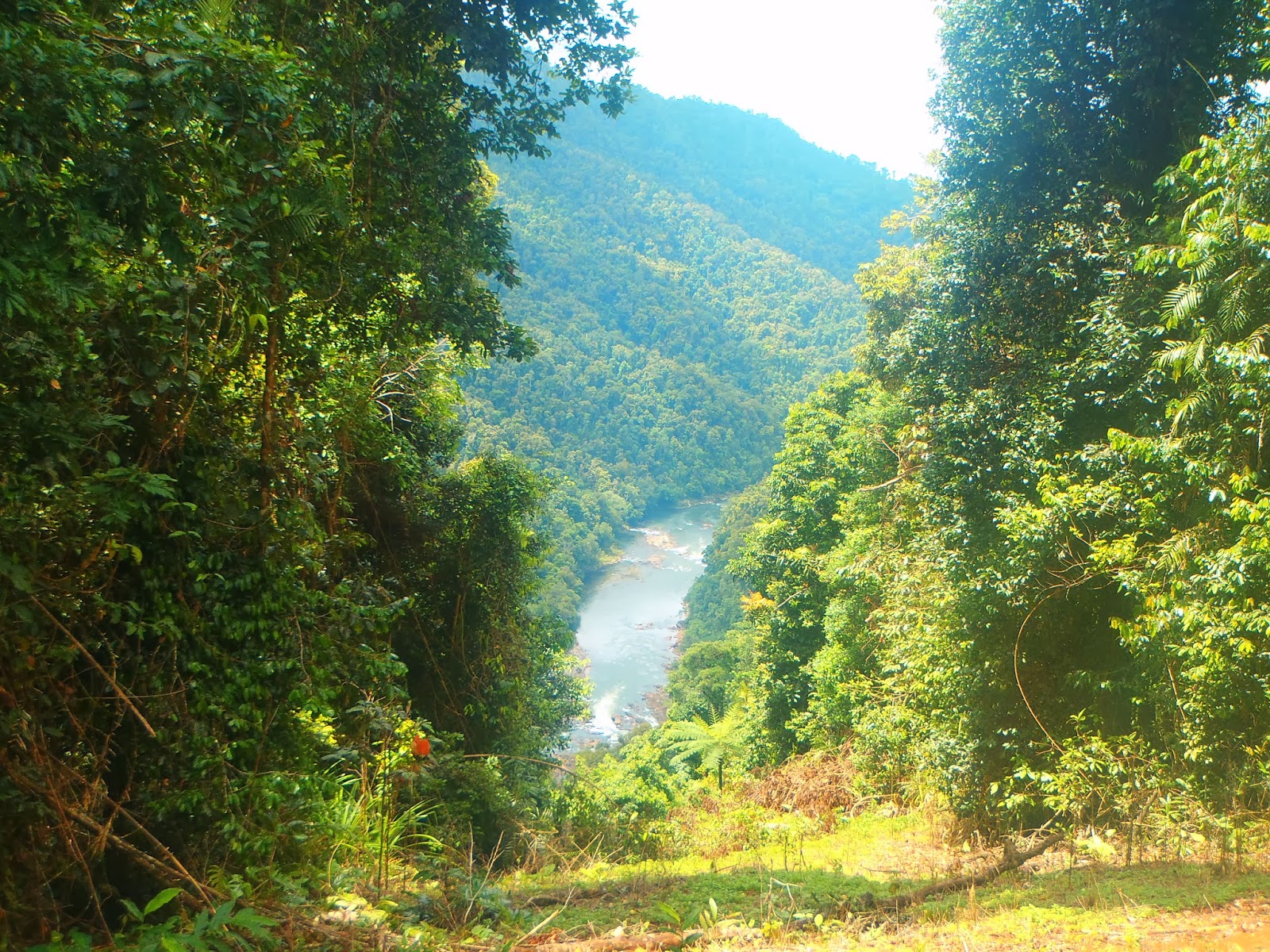 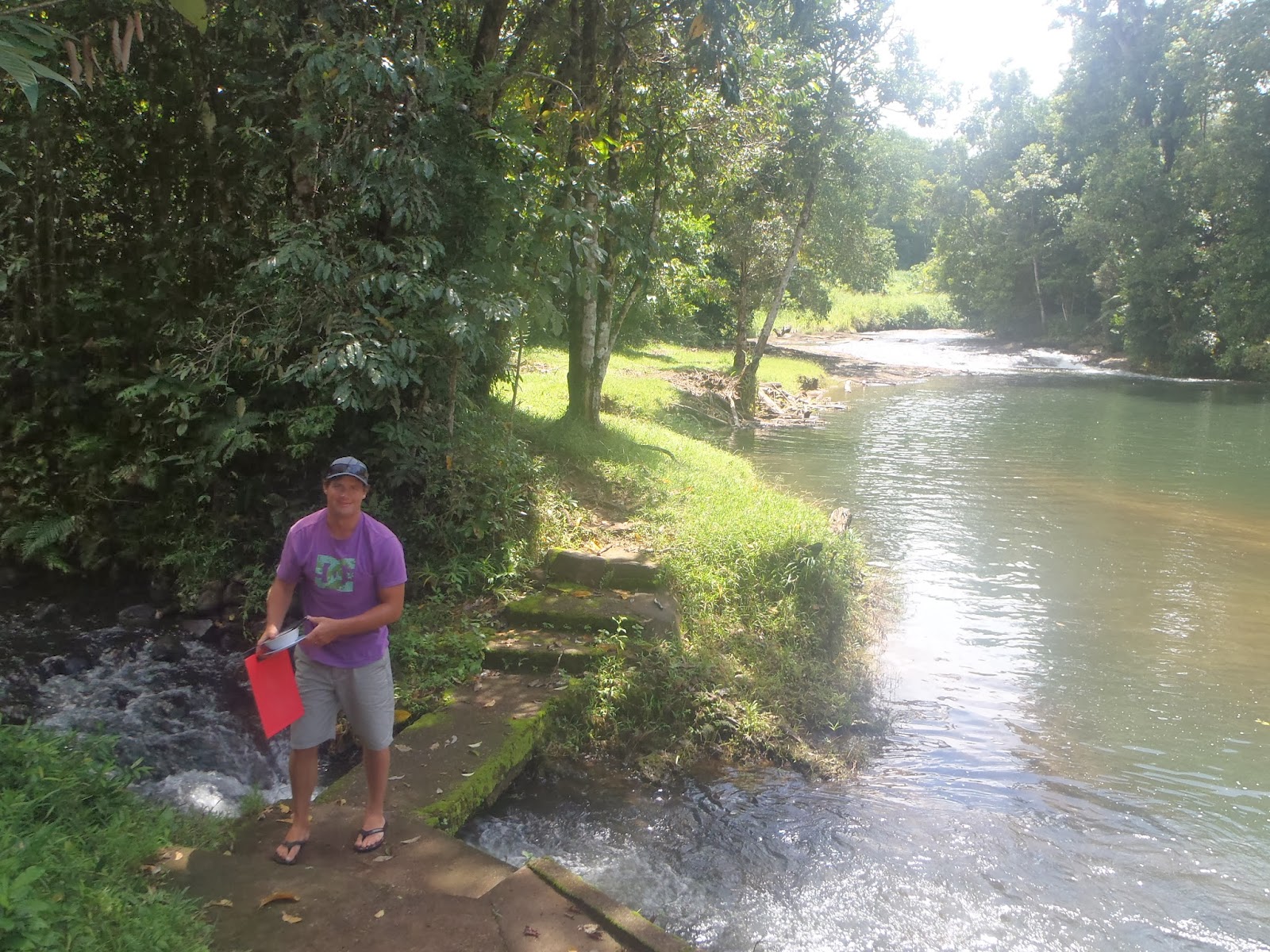 Soon we found ourselves on a gorgeous scenic route of rolling hills, lush greenery and lots of cattle. Sugar cane and banana trees everywhere. 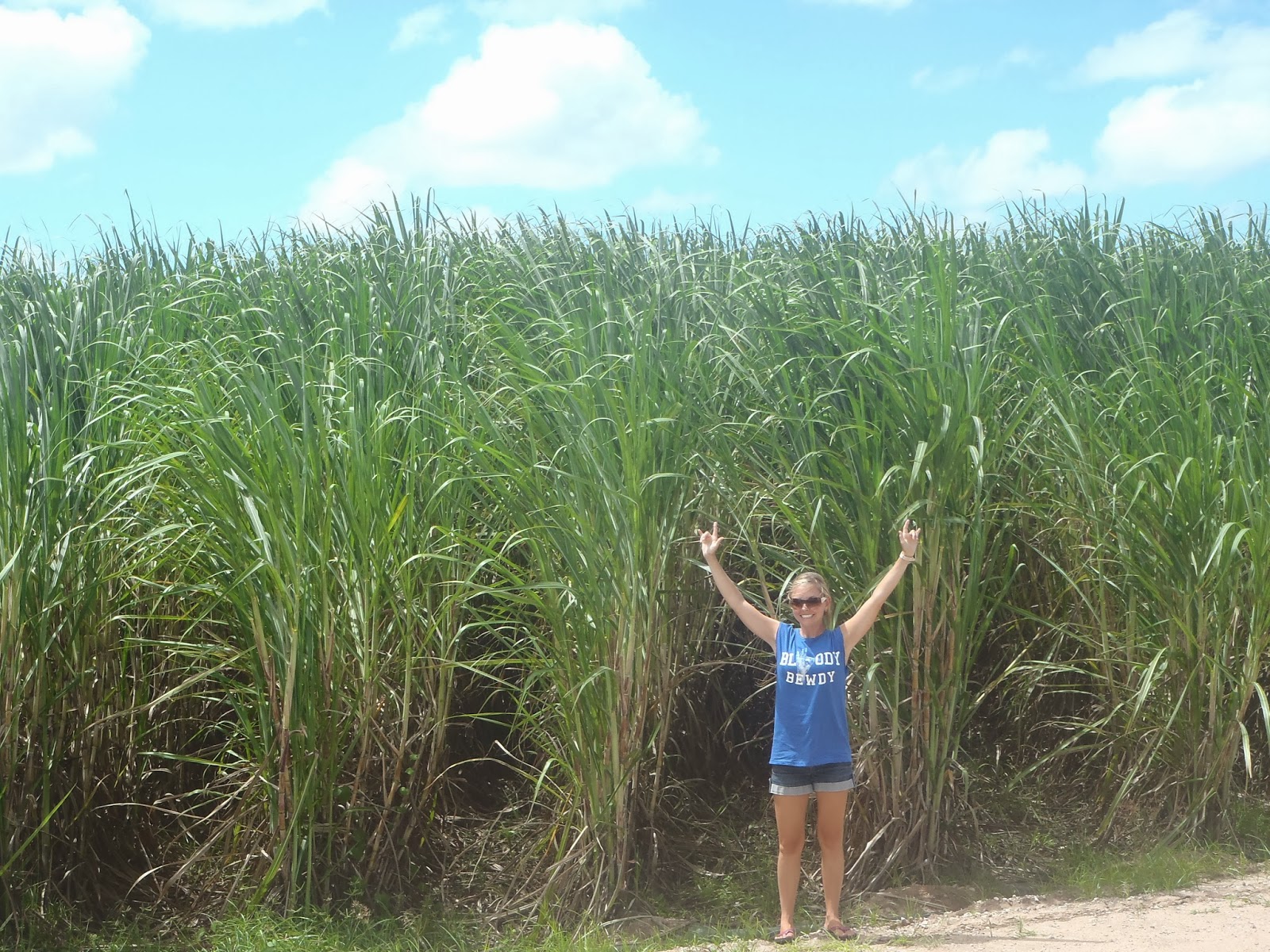 We were exploring the Atherton Tableland. Along the way we stopped at three waterfalls. I love waterfalls, so this part of the trip was just awesome for me and an excellent way to finish off Australia.
The Josephine falls were first. 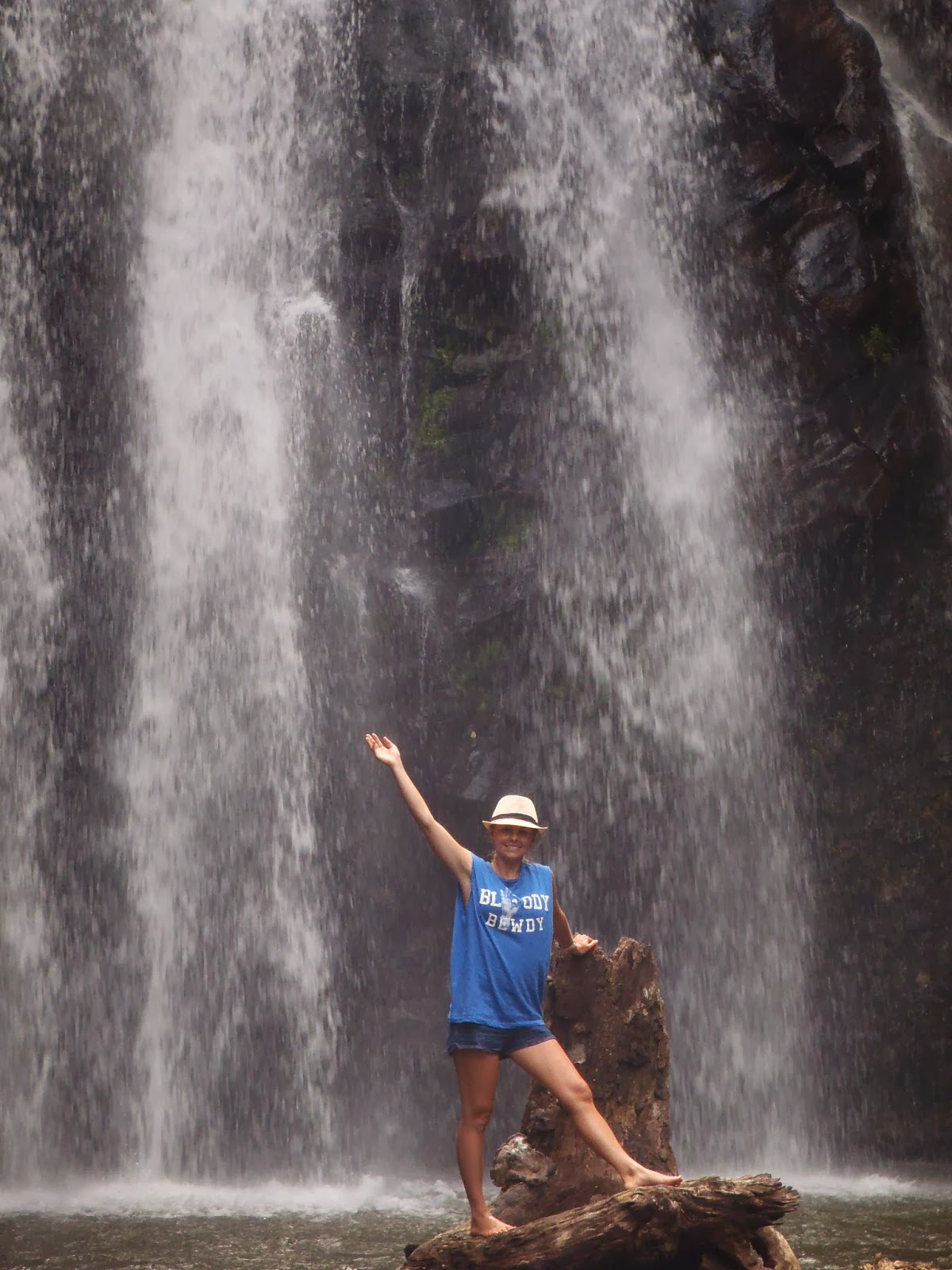 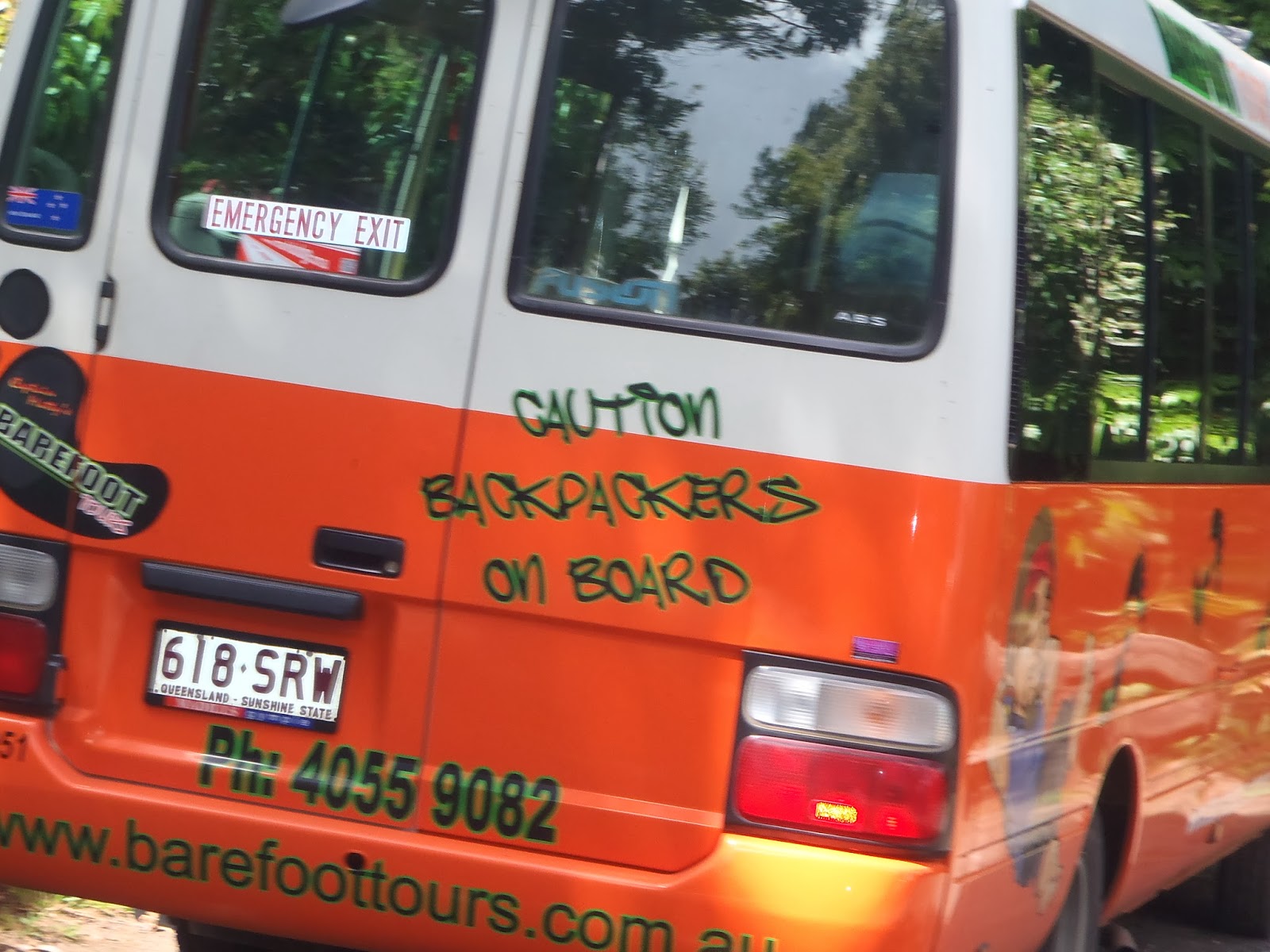 Next was loud and powerful Zillie falls 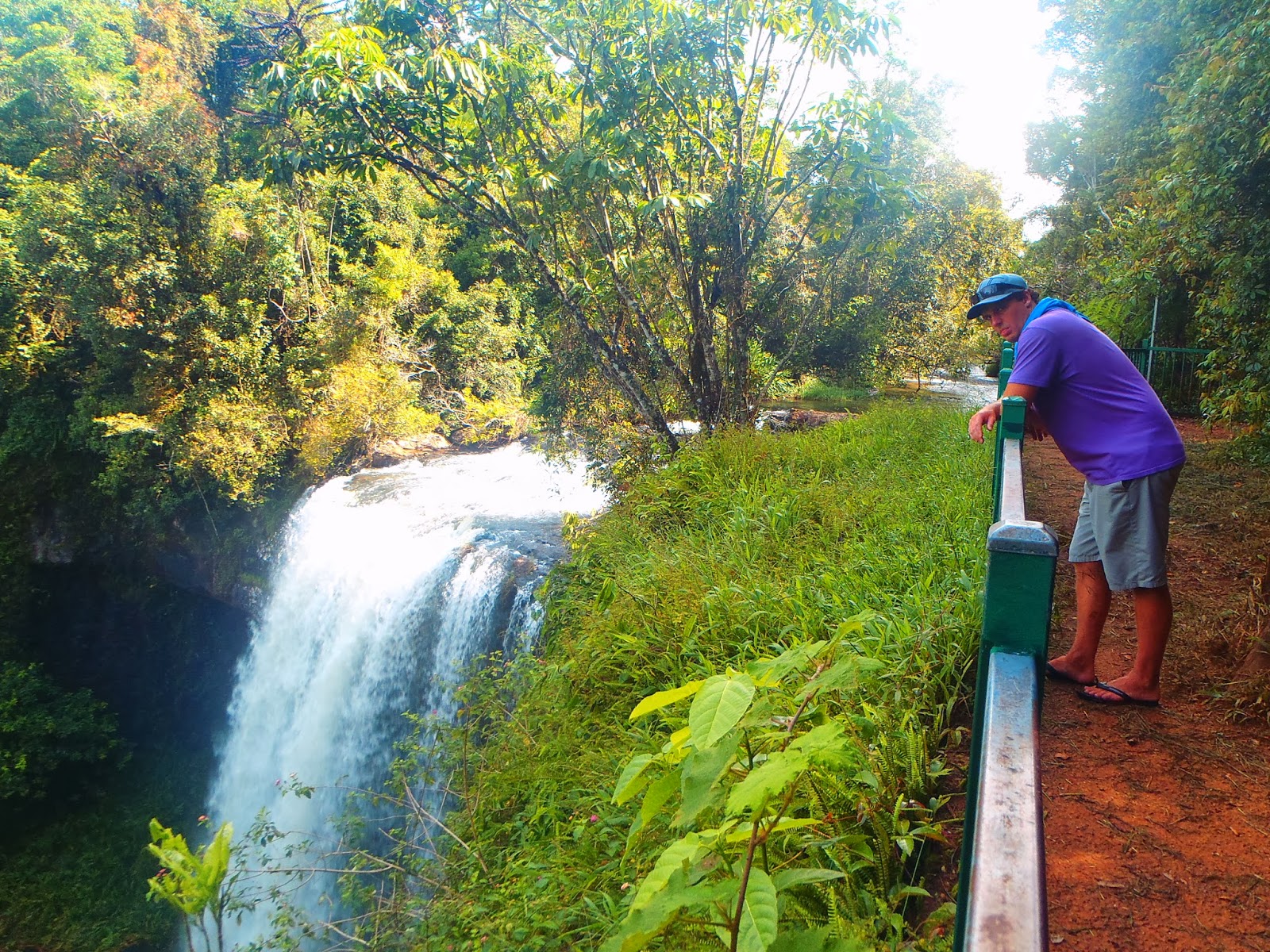 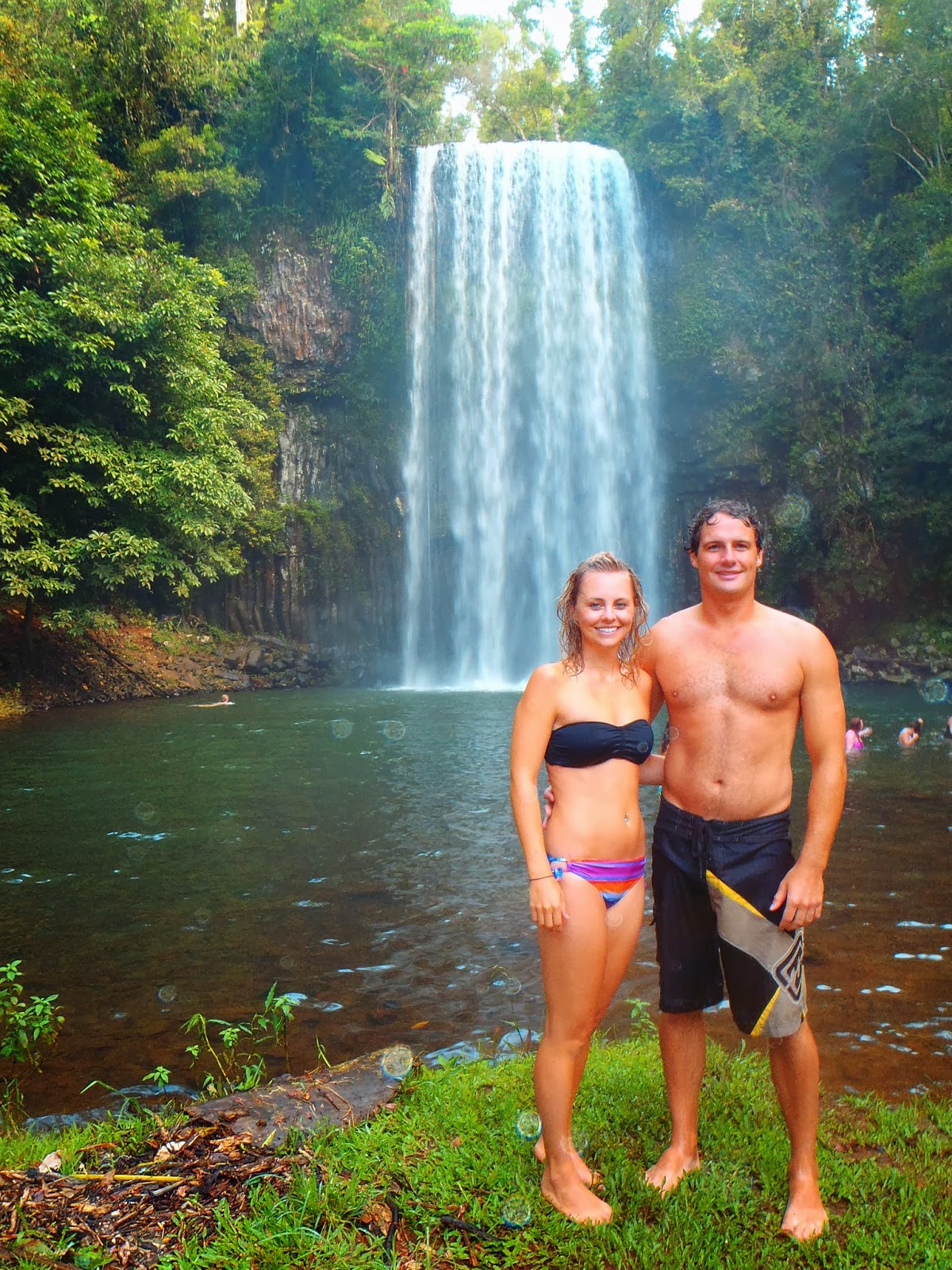 The waterfalls were magnificent, huge, powerful and refreshing. We walked through a couple rainforest trails to find the base, as well as took a cold swim. Omg this water was ice cold but perfect.


Unfortunately, I had to use my nursing / first aid skills on a young boy. Pretty scary situation actually.
We were wading in the pool of the waterfall with a large tour group and their tour guide. Ashton wanted to grab something out of the van which was parked a little ways away, so he took off, then returned minutes later panicked. He came and got me right away saying , some kid is bleeding from his head. We ran up to the parking lot to find three young boys freaking out, one boy carrying the younger one who was full of blood on his face and tshirt. "Call an ambulance, get help, we were biking down the hill and my brother fell, hitting his head on a rock and now he has a big cut. "The boy was alert and also in shock, as he was trying to get down to the pool to wash off all the blood. (Let's just say the cut was pretty gruesome). Within seconds i made the boy lay down on the grass and cleaned up his face, trying to calm him down while Ashton tried calling an ambulance. (But of course.. No reception) then the tour guide swooped in and helped out. She gathered a sarong and put it around his head and made us watch him and keep him lying down, while she drove up the hill to call an ambulance. (She was familiar with the area and has had emergency situations before so she knew where the cell service was..). We waited with the boy, holding his hand and calming him down until his mom arrived then Ashton and I figured it was best to give them space. As we left the waterfall, the ambulance was pulling in.

He will be ok, will need a ton of stitches but he will be fine. super good reminder to wear a helmet when necessary. (Colton- snowboarding and backflipping ;) also a reminder to carry a pair of gloves
everywhere so that you can help strangers if they are bleeding. I was super cautious and made his brothers hold the bloody sarong to his head.
We were a little shaken up and kept thinking, what would we have done if that tour group wasn't there. Maybe it's best not to think that. We still think about the boy and his brave brothers. Hope he is recovering well.

Onto a lighter note, we went to lake echam to enjoy sunset. Beauty! 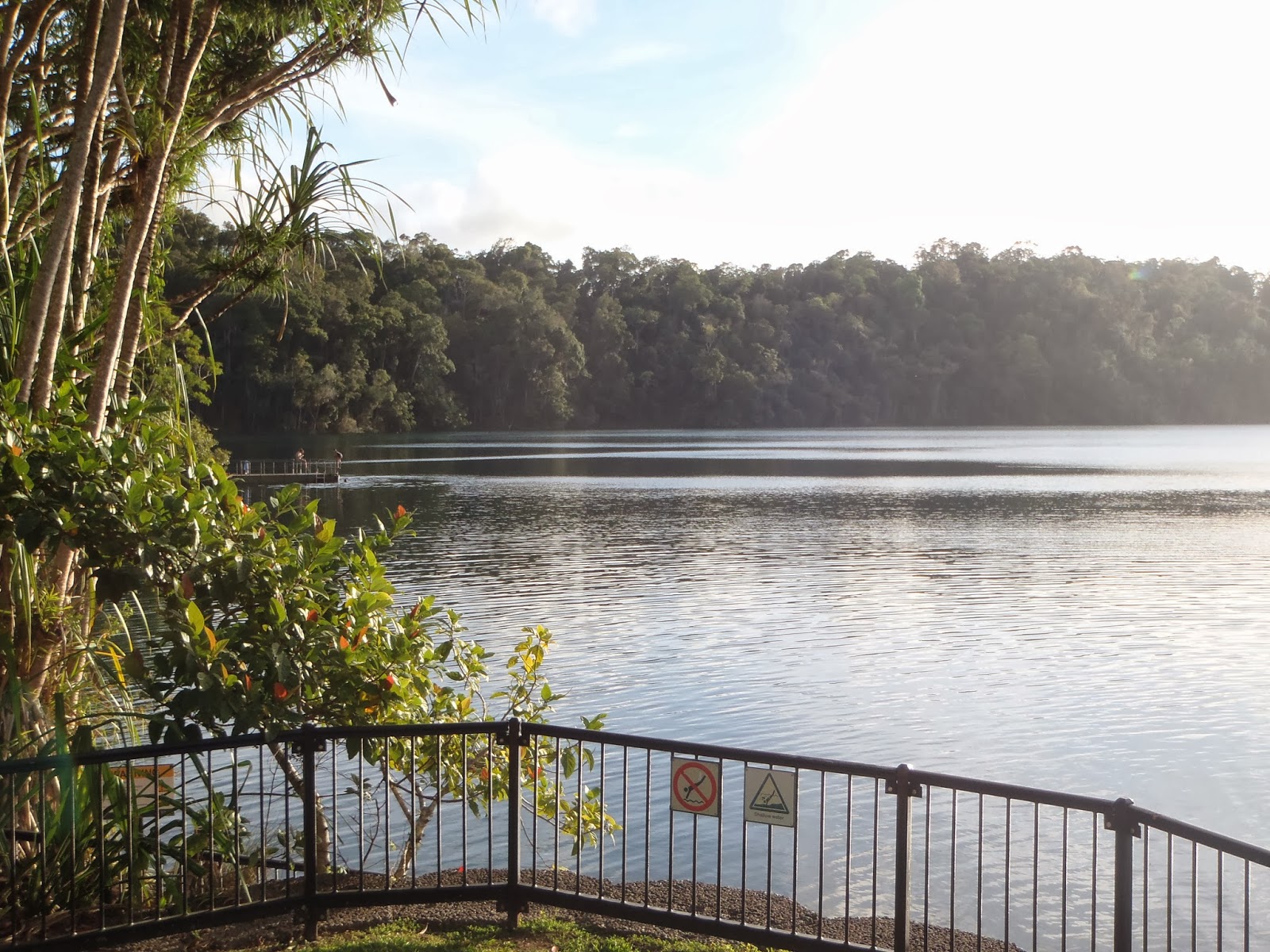 Found ourselves a charming campsite and were super pumped when the owner gave us free beef pies. (Did we look hungry? We had planned to hit up a grocery store for meat, but helping the injured boy changed our schedule, and the stores were all closed and it was dark. Rules say we can't drive in the dark).. With all rental vehicles, if you drive at dusk or dark and hit a kangaroo, insurance will not cover you.
So it all worked out in the end, got the campsite to ourselves, enjoyed a hot pie, and slept well in the colder air.