The adventure in Sri Lanka continues..

We are definitely falling in love with this beautiful country. Having no idea what to expect from this pear-shaped gem, we have been pleasantly impressed with each new destination.

-the beaches! (Marissa, Talalla, Goyambokka, Tangalla)
The whole south coast was one stunning beach after the next. From long, golden-specked ones to
dainty soft white sand, there are big waved ones and calm ones. There are beaches lined with restaurants, and beaches completely isolated. The palm trees always add a nice effect and so do the happy hour drinks. Ashton would spend hours tackling the big waves, while I would get demolished within the first few minutes, so I happily watched from my spot on the beach. 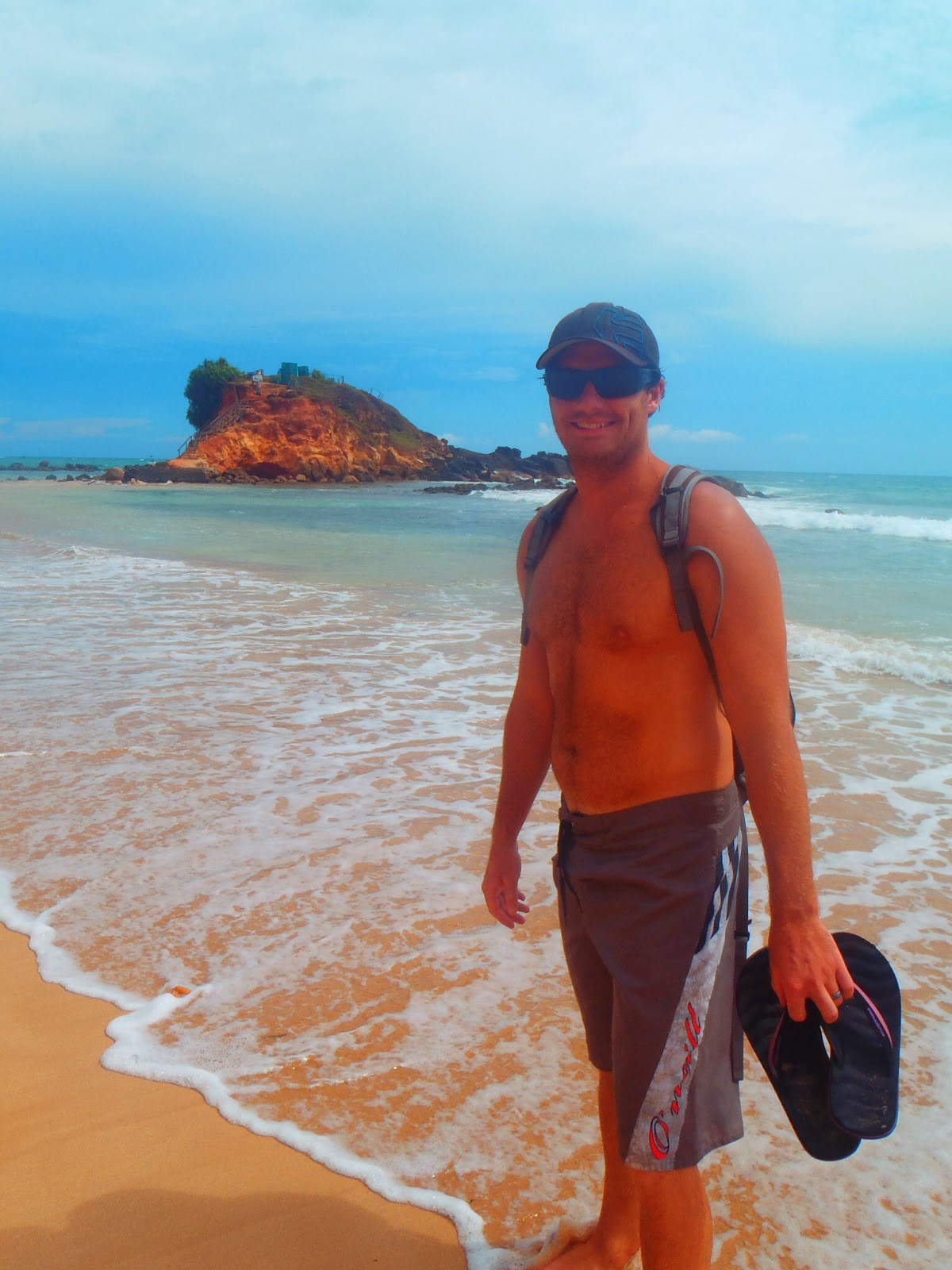 -The Sinhalese people!
One hot sweaty morning we were looking at several different "home stays" when a smiley man approached us "come look at my place, it is cheap and my wife makes delicious food".. Ok why not. So we followed him into his tiny home stay near the water edge. The room was about as basic as it gets, but when we turned around to see a whole family of three eagerly smiling at us, we couldn't resist. After we settled into the room, the lovely wife brought us delicious tea, and we soon found ourselves visiting and laughing with the family. The son was too cute and with the man on holiday, was home all the time playing with his son and making sure we were taken care of. The wife really did make delicious food, as we were spoiled by her full, flavourful Sri Lankan breakfast. They were constant smiles and very genuine.

- the food!
Each meal is made with many different herbs and spices, which makes eating exciting, as you never know which flavour you're going to taste. Rice and Curry is really amazing here. As well as Kotthu Rotti, it is a dish of noodles, chicken, veggies all chopped up and mixed together. When I say chopped I mean they have two shrap blades that they use to wildly murder the food. Haha .. You can hear it down the street.

-transportation!
If we want a good laugh we venture out and take a ride on a local bus; Where we are squished, stretched, and entertained for a cheap cheap fare. If we want a fight, we argue with the tuk tuk drivers who way overcharge each ride. If we want a fun scenic ride we get on a train. On the train, we limit our fluid intake as the toilet consists of a hole in the floor leading to the tracks. (Quite a challenge for a girl to squat and aim while the train is rolling around) 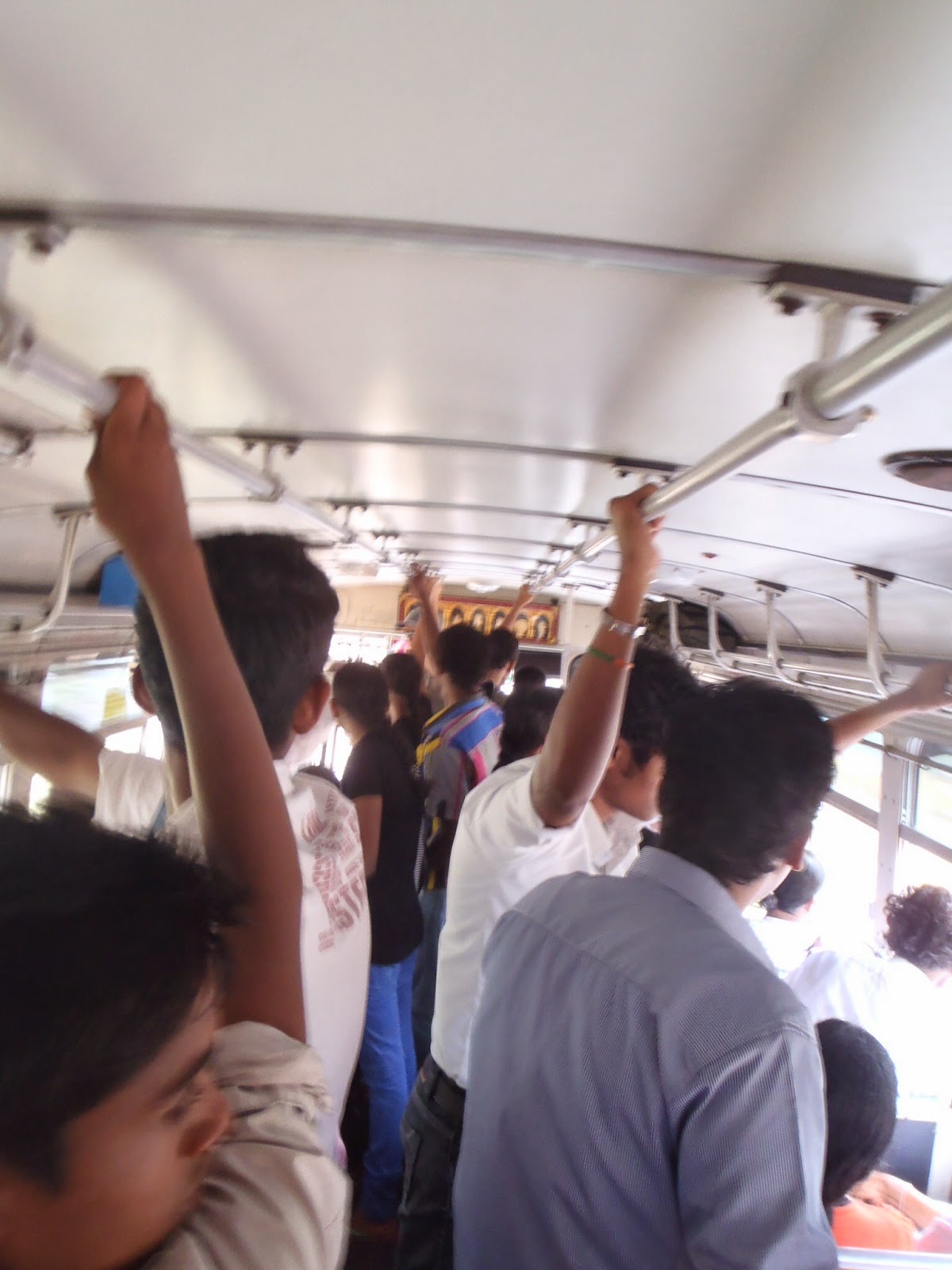 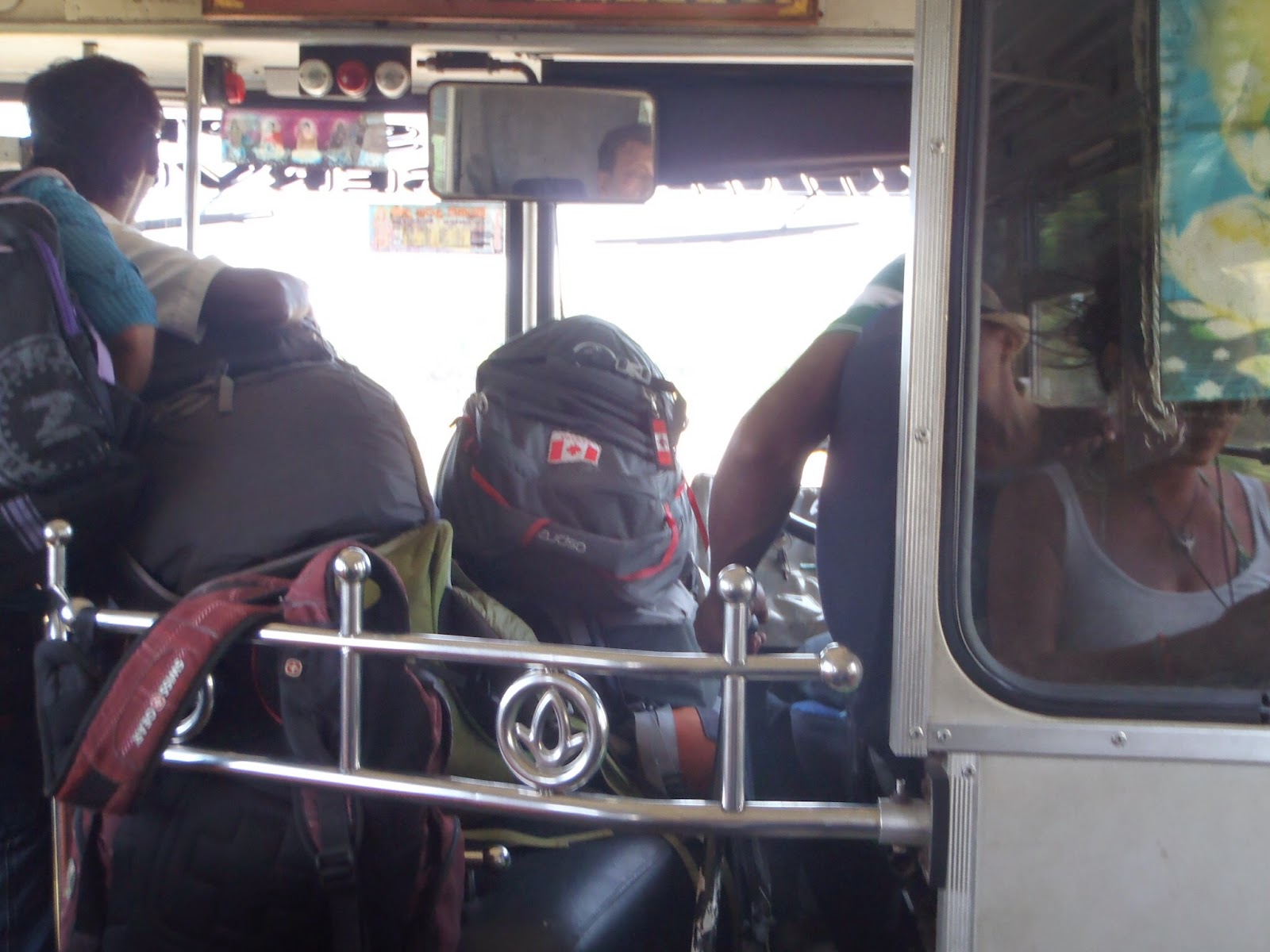 -the tea!
Currently we are in tea country which means everywhere we look we see tea leaves. We drink tea religiously and can't wait to go to a tea plantation factory. Sri Lankan tea crop brings in US$1 billion annually. Tea and cinnamon are major exports. 80% of the worlds cinnamon comes from Sri Lanka!

- from beaches to safaris to hill country!
Within two days we were playing in the waves, then bouncing around in a safari jeep and watching elephants, to climbing hills overlooking rice fields, villages and tea leaves

-history and culture!
This country suffered a 26 year long civil war that ceased fire in 2009. We hear stories or see photos of soldiers every once in a while. Also a tsunami devastated the coast in 2004. We see monuments and "evacuation signs".

Today is a significant day, it is the Sinhalese new year day! A very big day of holiday and celebrations! All week people have eagerly been telling us about his day, where a lot of the country shuts down so that families can be together to eat and celebrate a new beginning for a good year. (The previously mentioned family modelled all of their new clothing for us that they would first wear on April 14th new year.- seriously a couple of families have shown us their crisp white shirts and colourful dresses! Haha .. We have been invited into three families to eat a big meal and celebrate together. Also, all week we have been startled by random fire crackers going off along the streets.

Anyhoodles, there are just a few reasons,...

since the last blog, we rented a scooter and covered a lot of ground and saw many sights..

Fisherman on stilts! Haha .. Pretty awesome. This was a challenge on the amazing race tv show and is a famous tourist sighting. Sadly, it is rumoured that many of the man on stilts are not actually fisherman, they are men trying to make a buck off the tourists who come along taking pictures. We read reviews where locals pop out of nowhere the second you have a camera they start demanding money to take a photo. We find this appalling, so we snuck a picture from a distance and scootered away as fast as we could, with some kid hollering after us! Hah a.. Here's my picture. And here's a googled picture..

Lunch with an amazing view

We went on an early morning safari through the yala national park, which is composed of 1268 sq km of scrub, forest, grassy plains and lagoons. With 25 leopards roaming this huge park, they are often difficult to see, so unfortunately we didn't spot one, despite our drivers attempt. If a vehicle spotted a leopard , the driver would radio or phone other drivers and we would all hurriedly race across county to the sighting spot, along with 40 other jeeps! Lol.. Probably illegal and dangerous but pretty silly. Gongshow at its best. 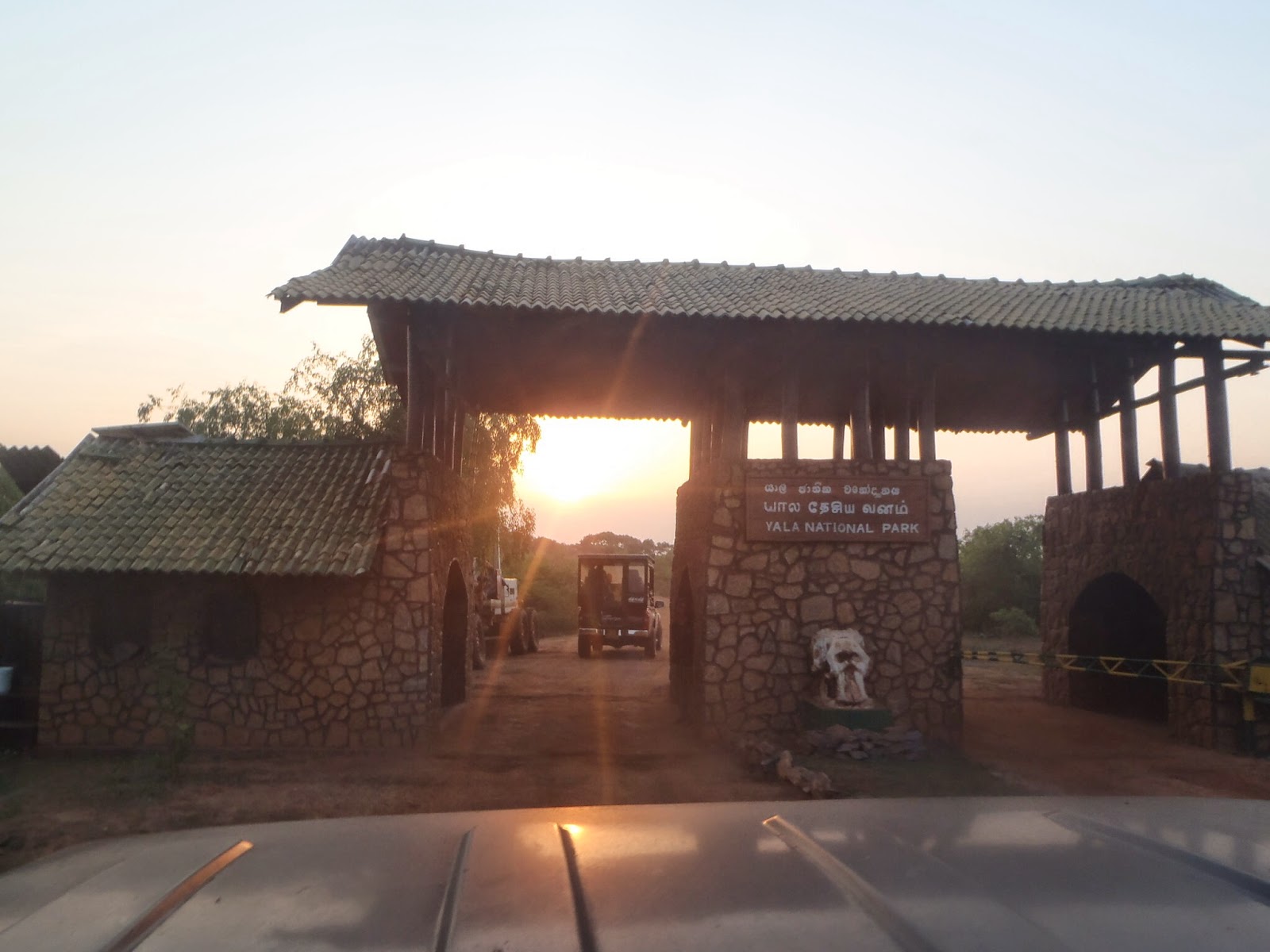 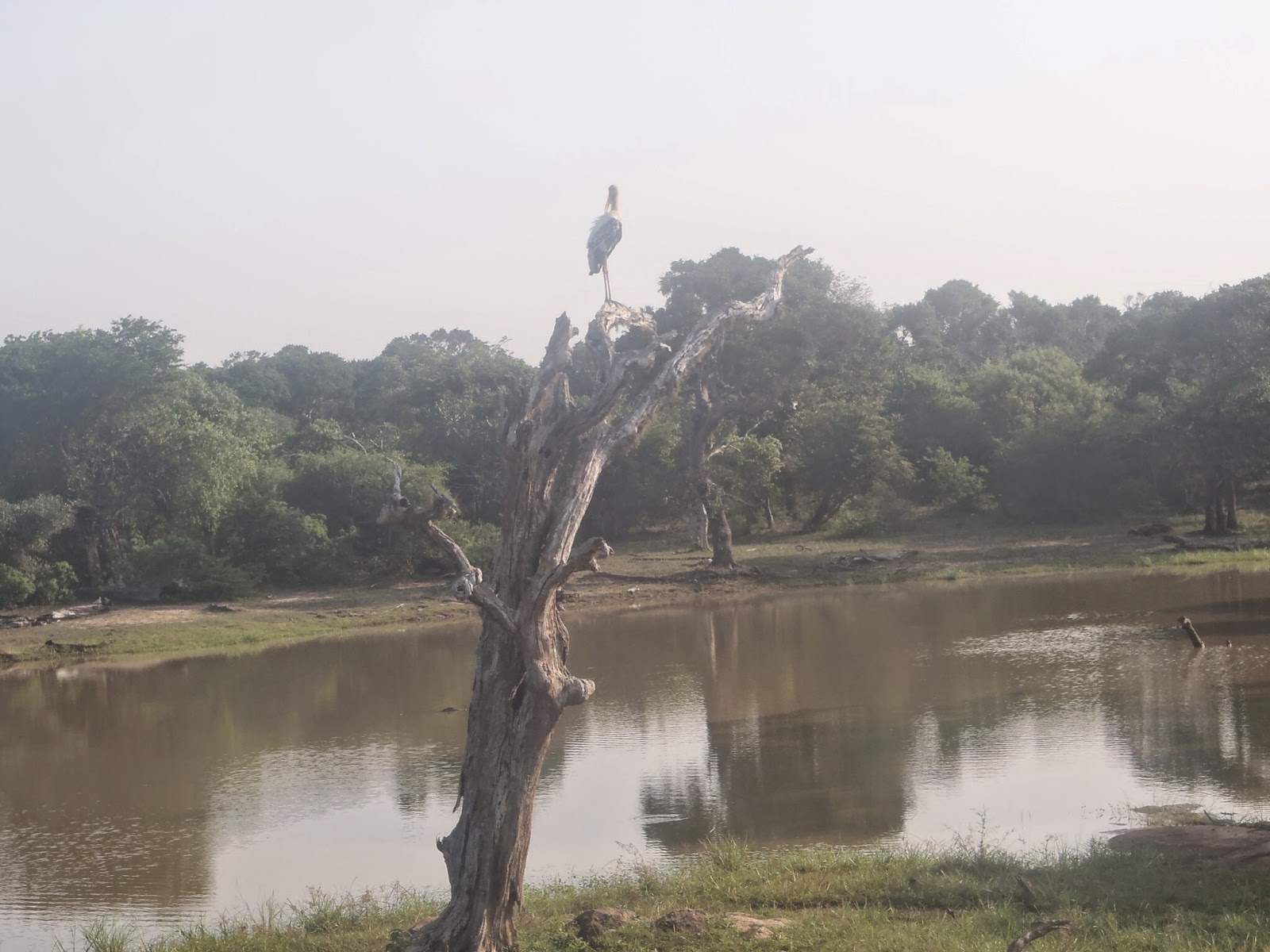 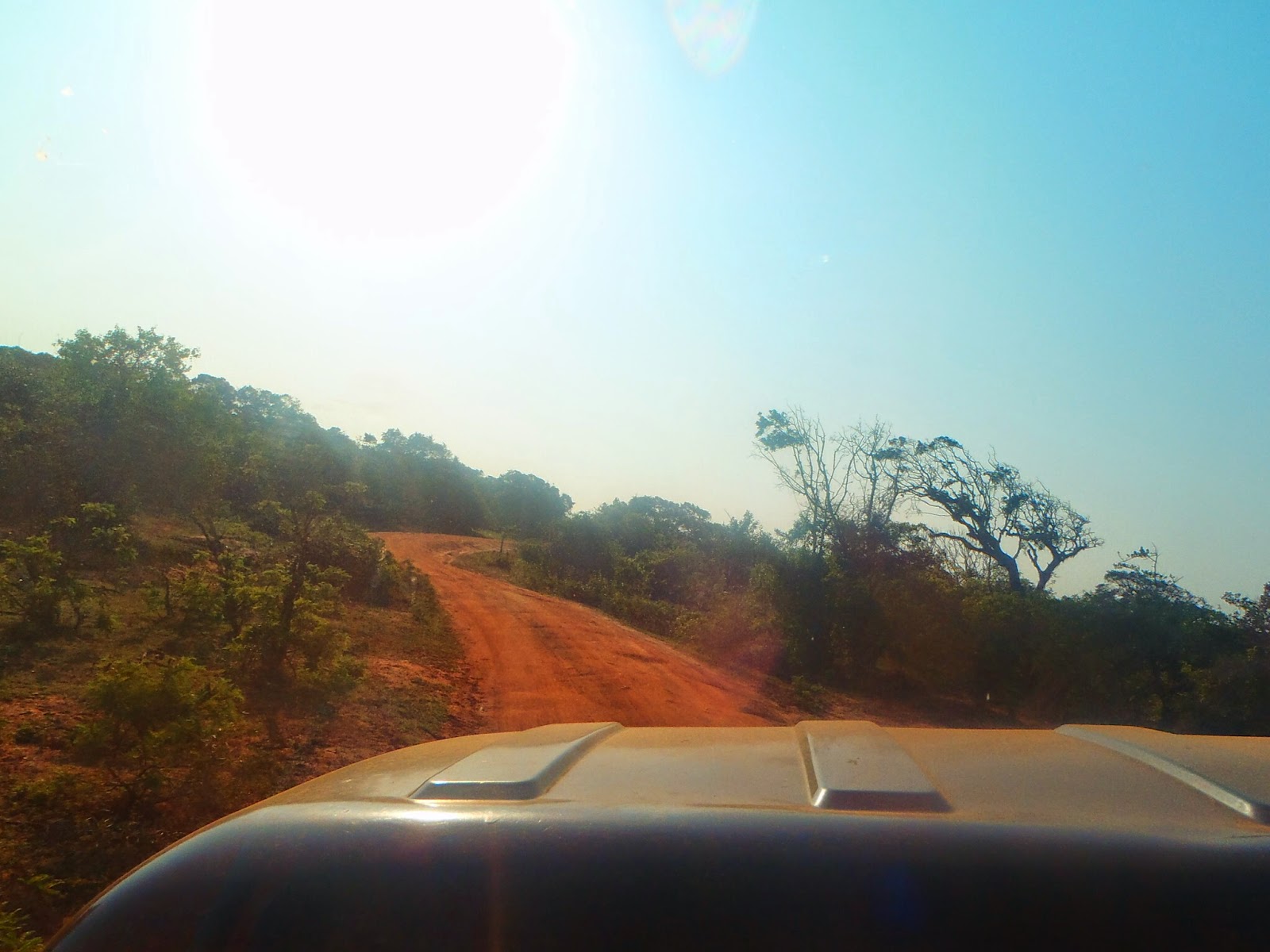 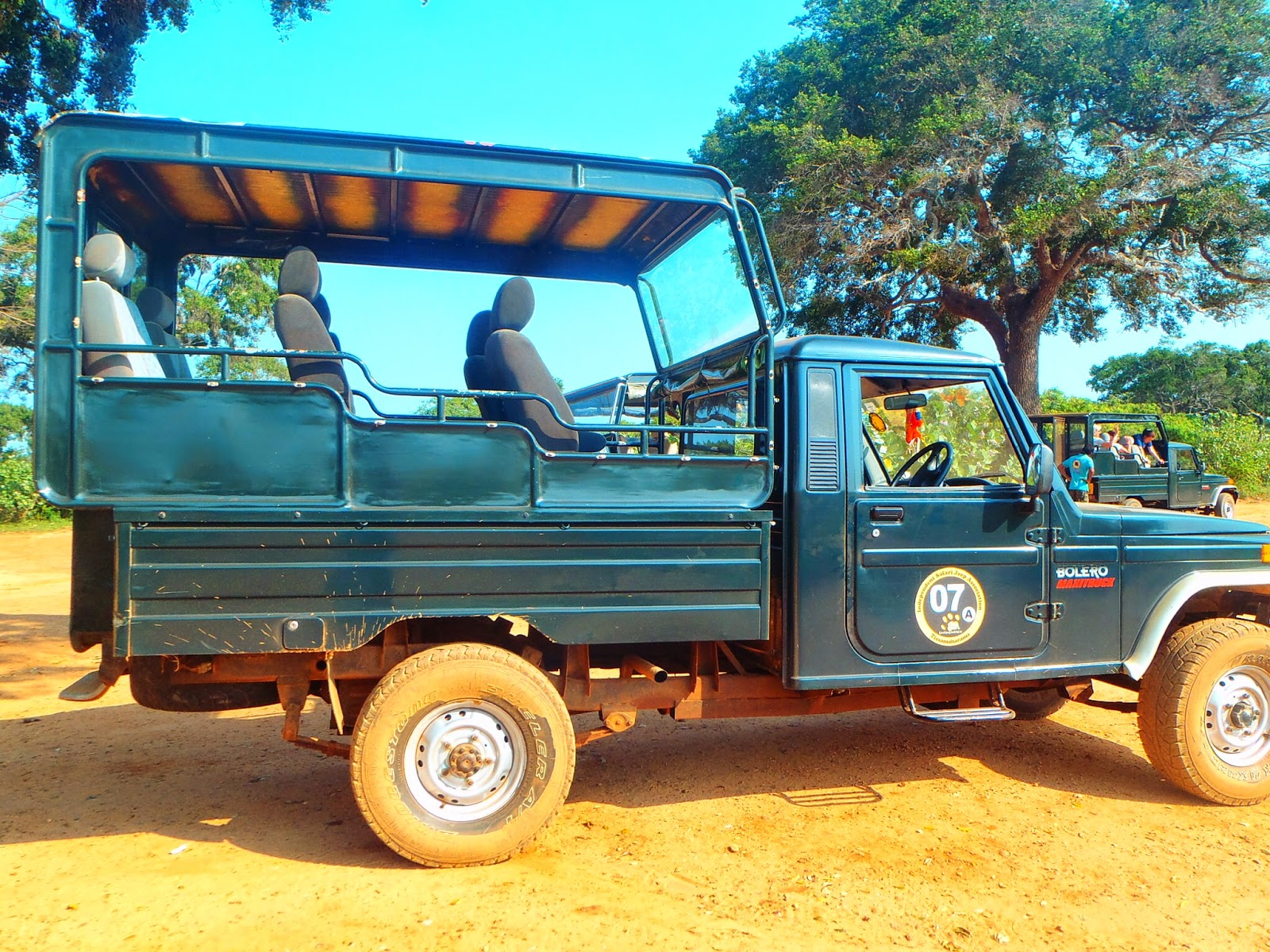 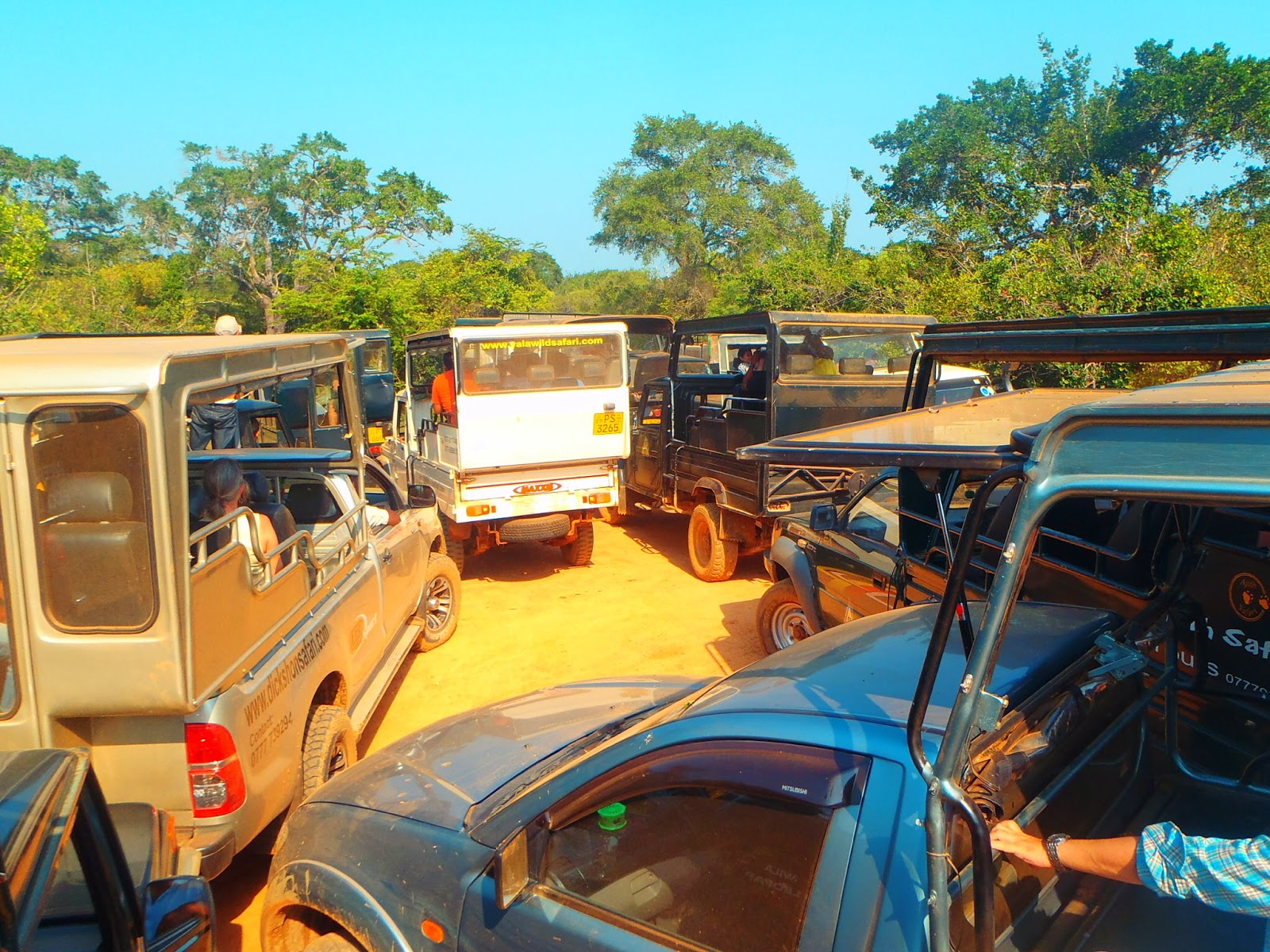 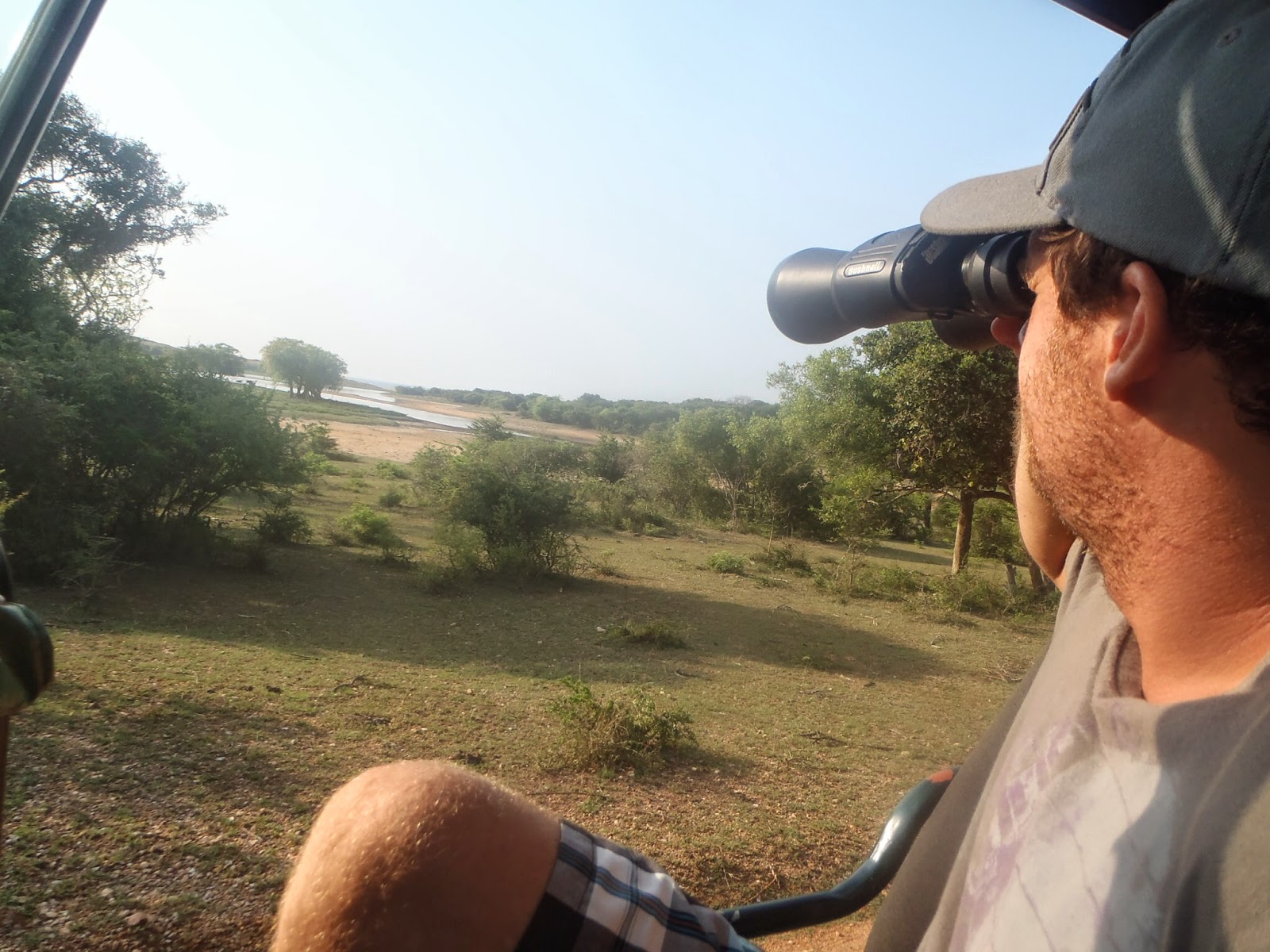 However we were very lucky to come across several elephants and watch them drink water and gracefully walk around. It was soo great! We were one of two jeeps there so it was really nice. The drivers shut of their engines and we got to sit for 20 minutes and watch the elephants in a natural environment. They even crossed the dirt road right beside our jeep! We could almost touch one. Permanent smile after seeing them in their natural habitat. (We saw a group of elephants earlier in the day but it was like rush our traffic trying to see them. Jeeps everywhere trying to get a glimpse of the massive animals. One jeep even ran into another one ripping it's bumper off.) also saw wild boar, peacocks, deer, birds, bald eagle, mongooses, crocodiles!!, fox and monkeys! So in all.. A success!! 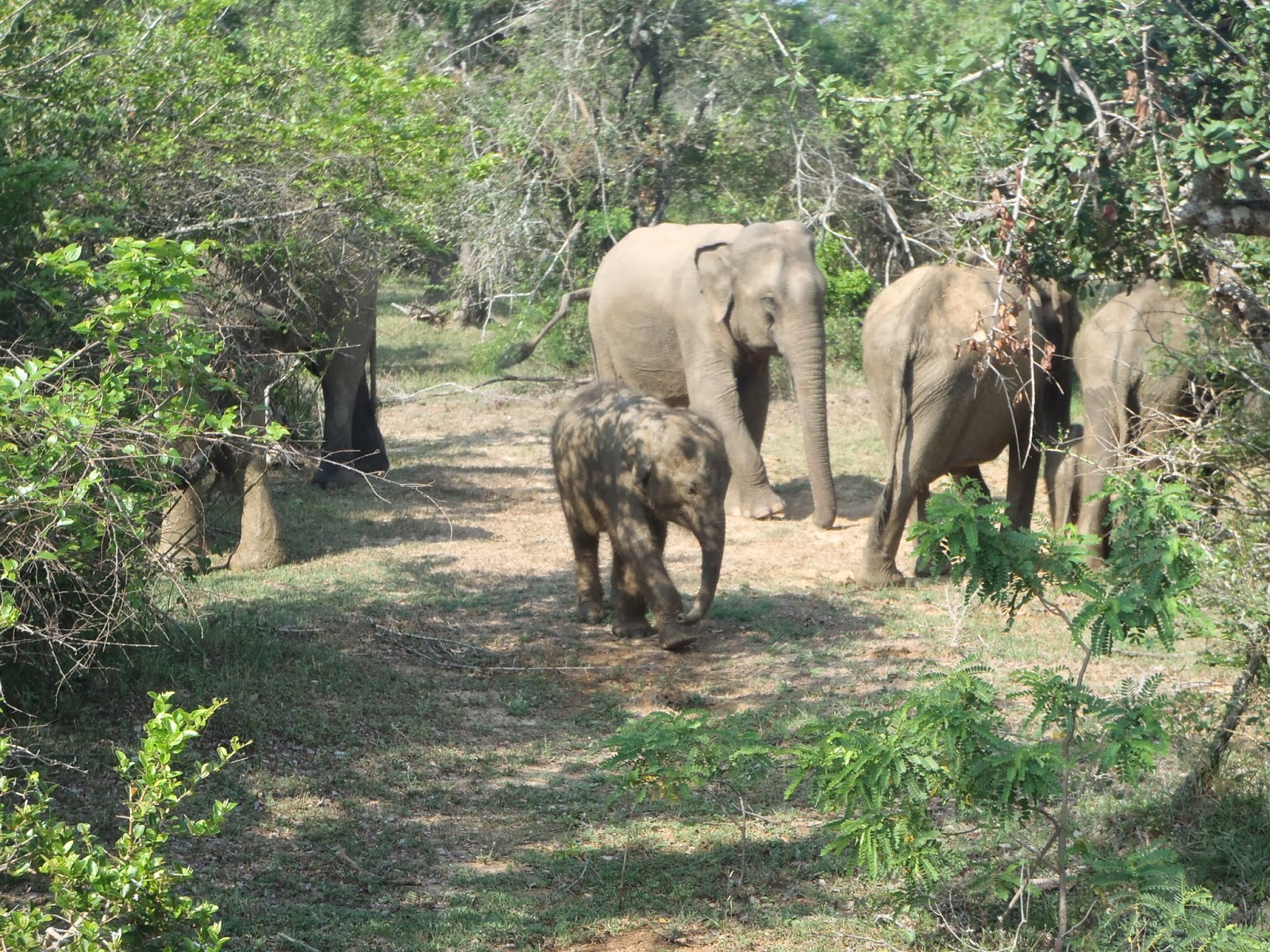 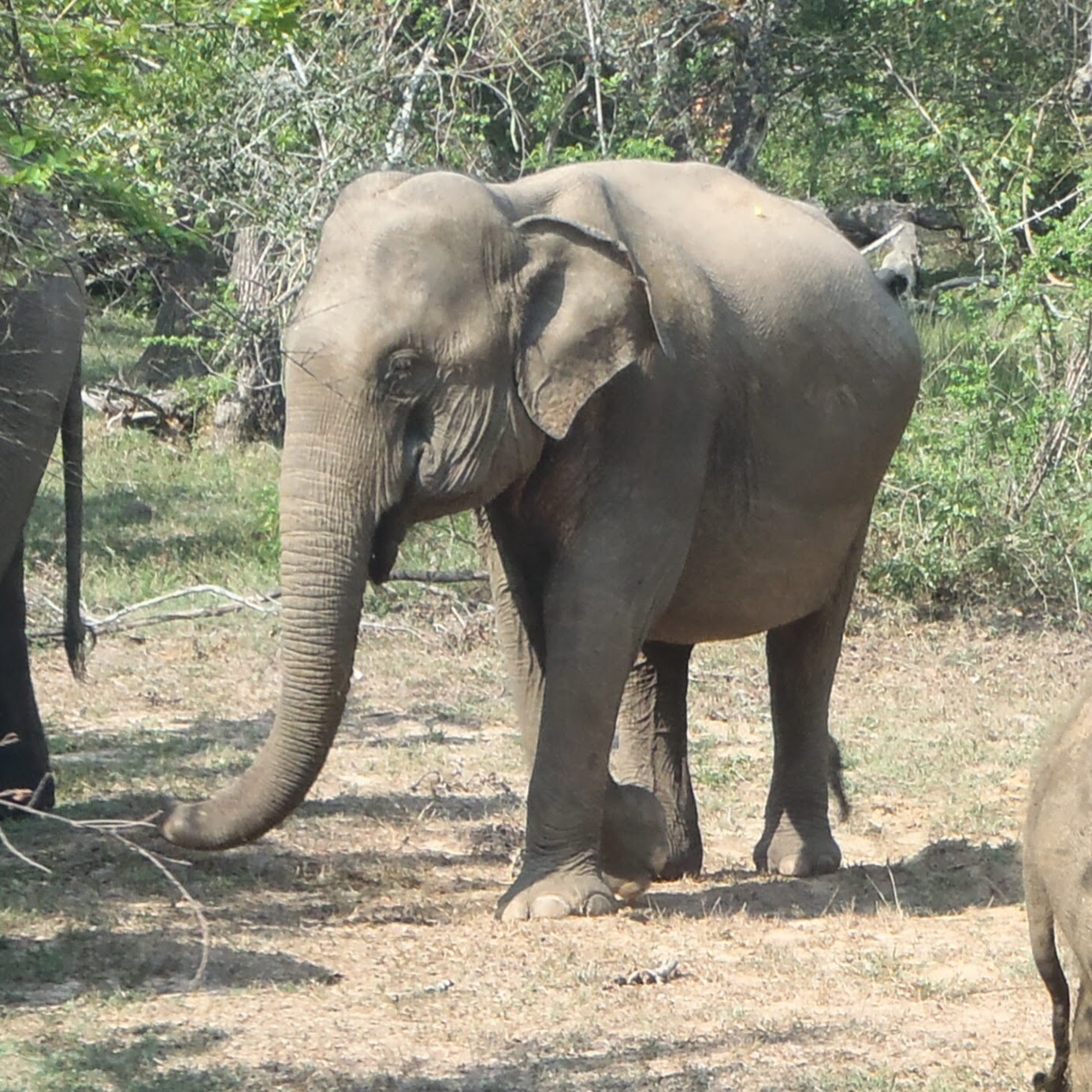 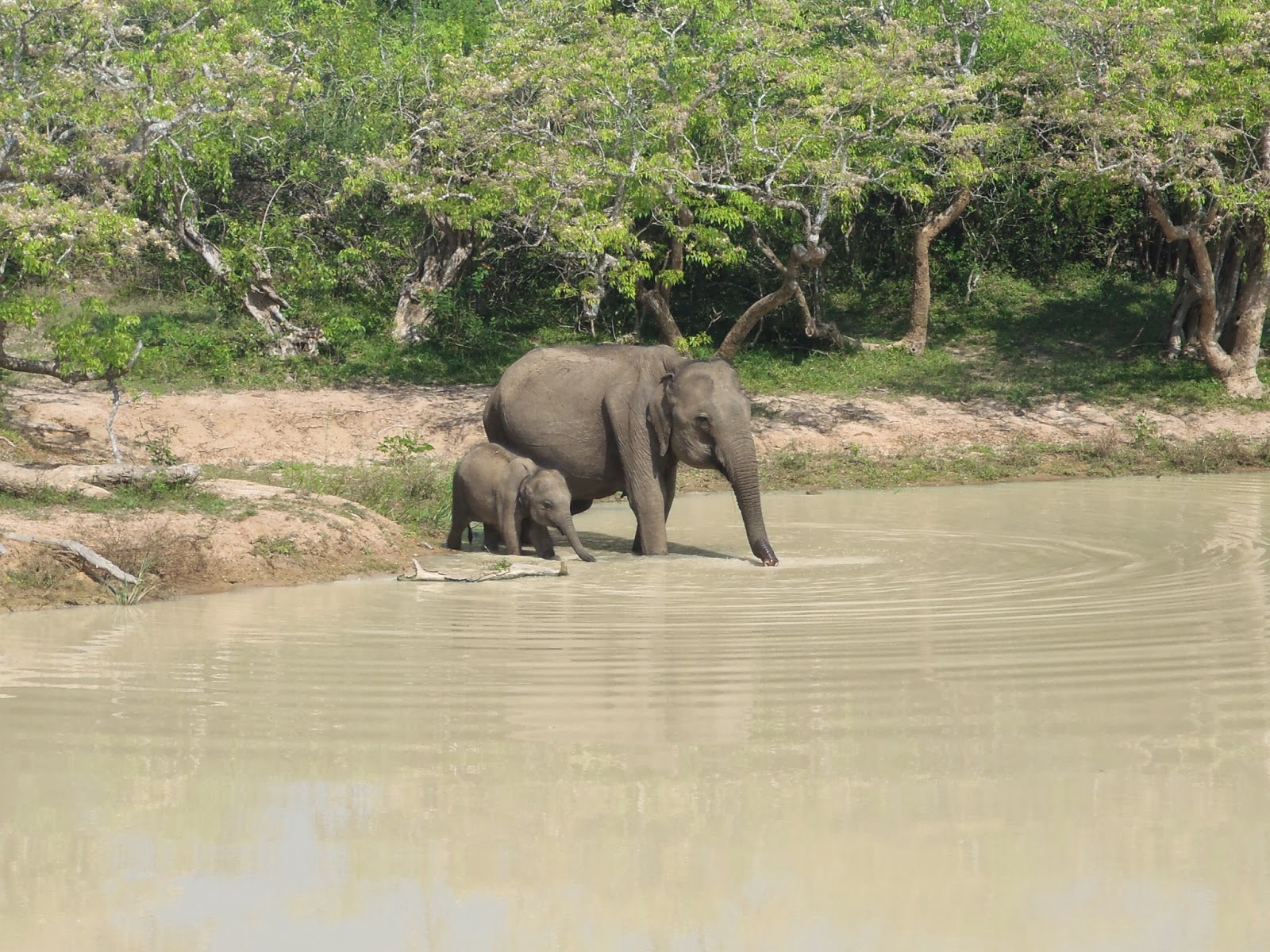 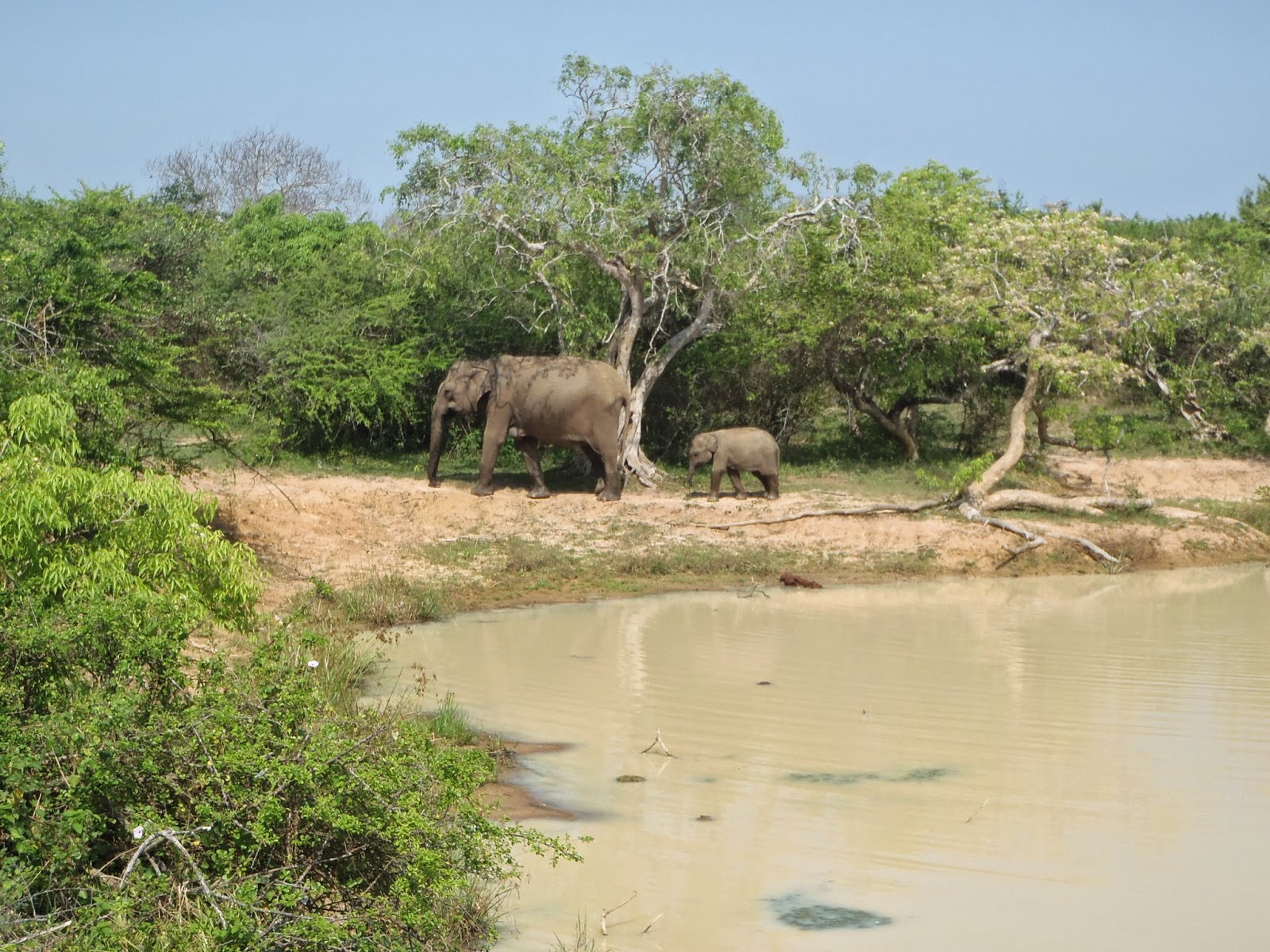 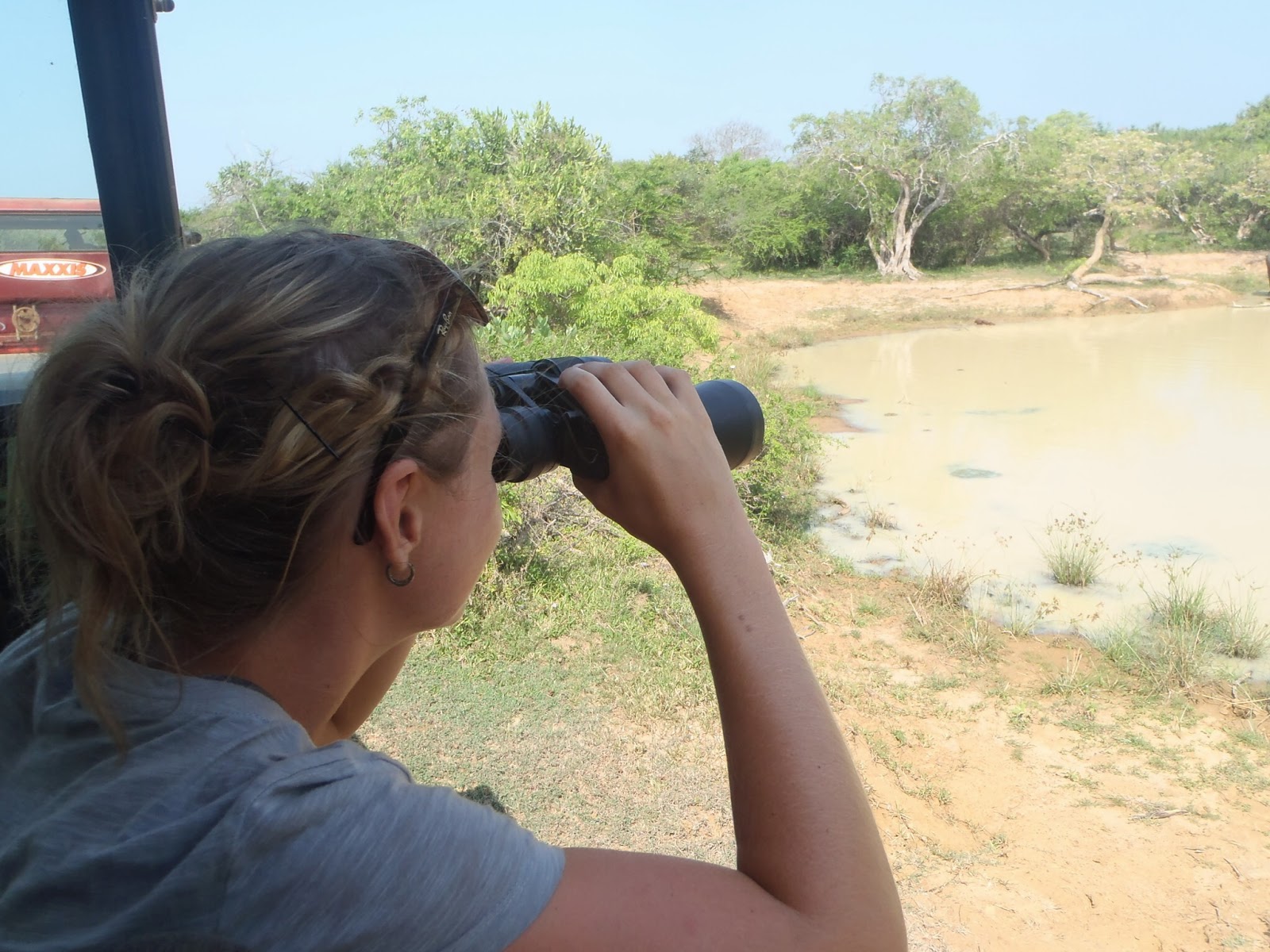 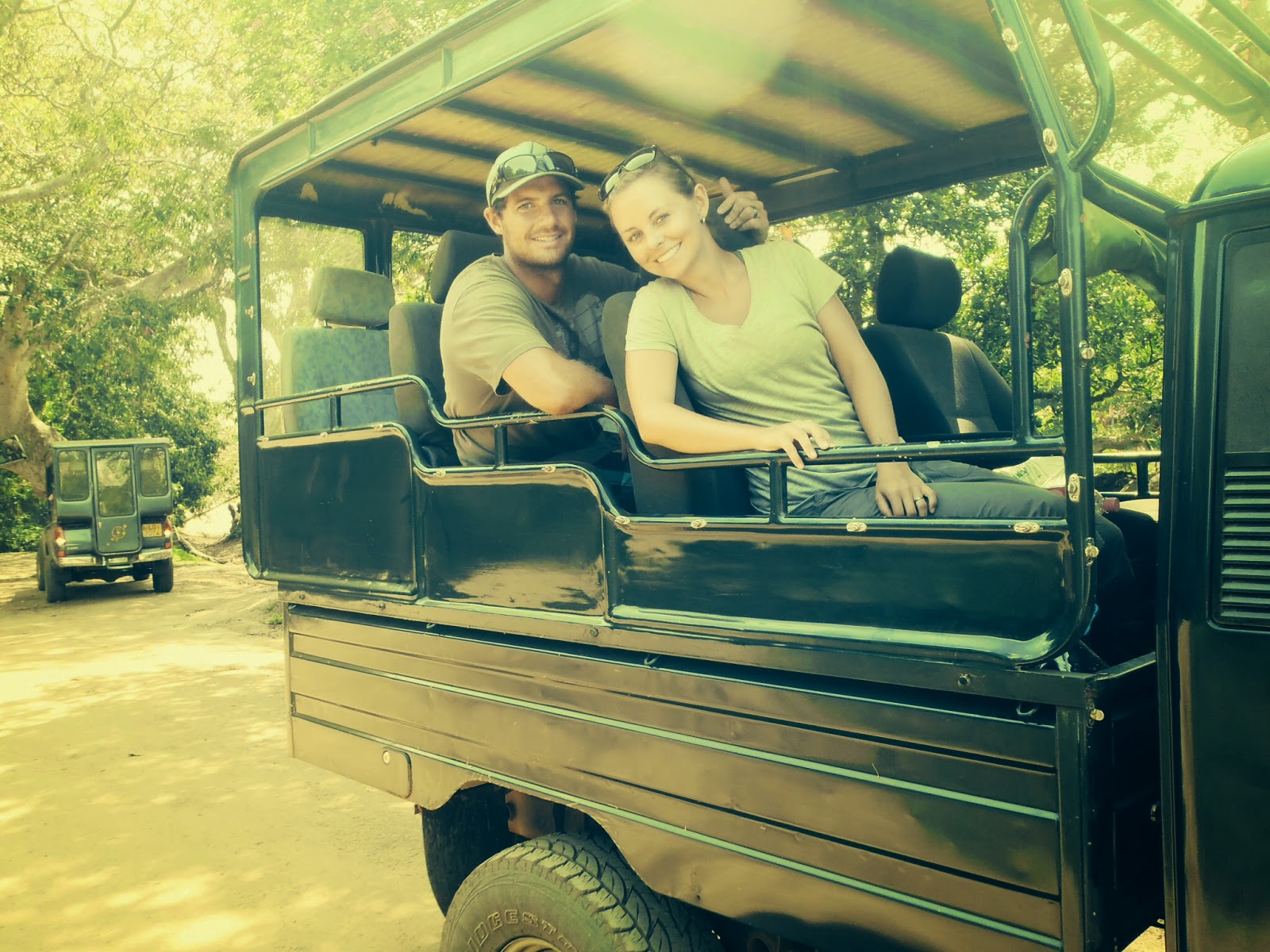 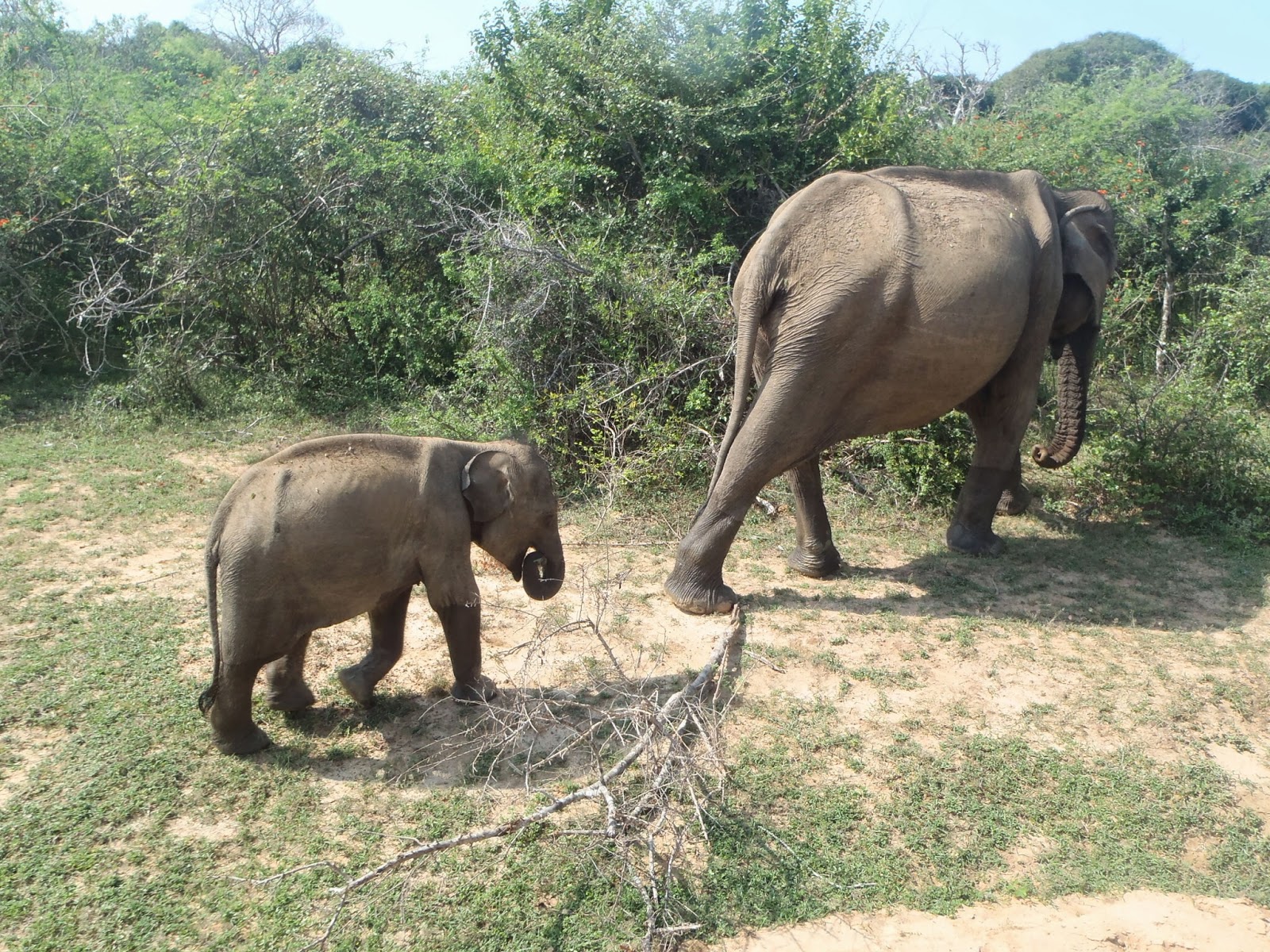 The safari was 5 am until noon, so we arrived back to the town with a full day ahead. We devoured lunch and met an awesome Australian couple on their honeymoon. So you can imagine we had plenty to chat about! Unfortunately we were heading opposite directions so when they hopped in a cab to keep on travelling, we figured we should do the same. The town we were in really had nothing to offer expect for the Safari, so as exhausted and dusty as we were, we figured we should take a $25 taxi into the main land. Our original plan was to take the local busses, as we have become experts in figuring them out here and they are dirt cheap (the 4 hour bus would have been no more than 2 dollars) but we really didn't feel like being crammed on a hot stinky bus for 4-5 hours. The thought of having a van all to ourselves and the journey only taking over 2 hours was a no brainer. The driver even pulled over to buy us fruit and show us waterfalls. We ended up in the most gorgeous region!! A breathtaking water fall on one side and misty green hills on the other side, we knew we made the right decision to keep on moving. We can catch up on sleep later.. ;) 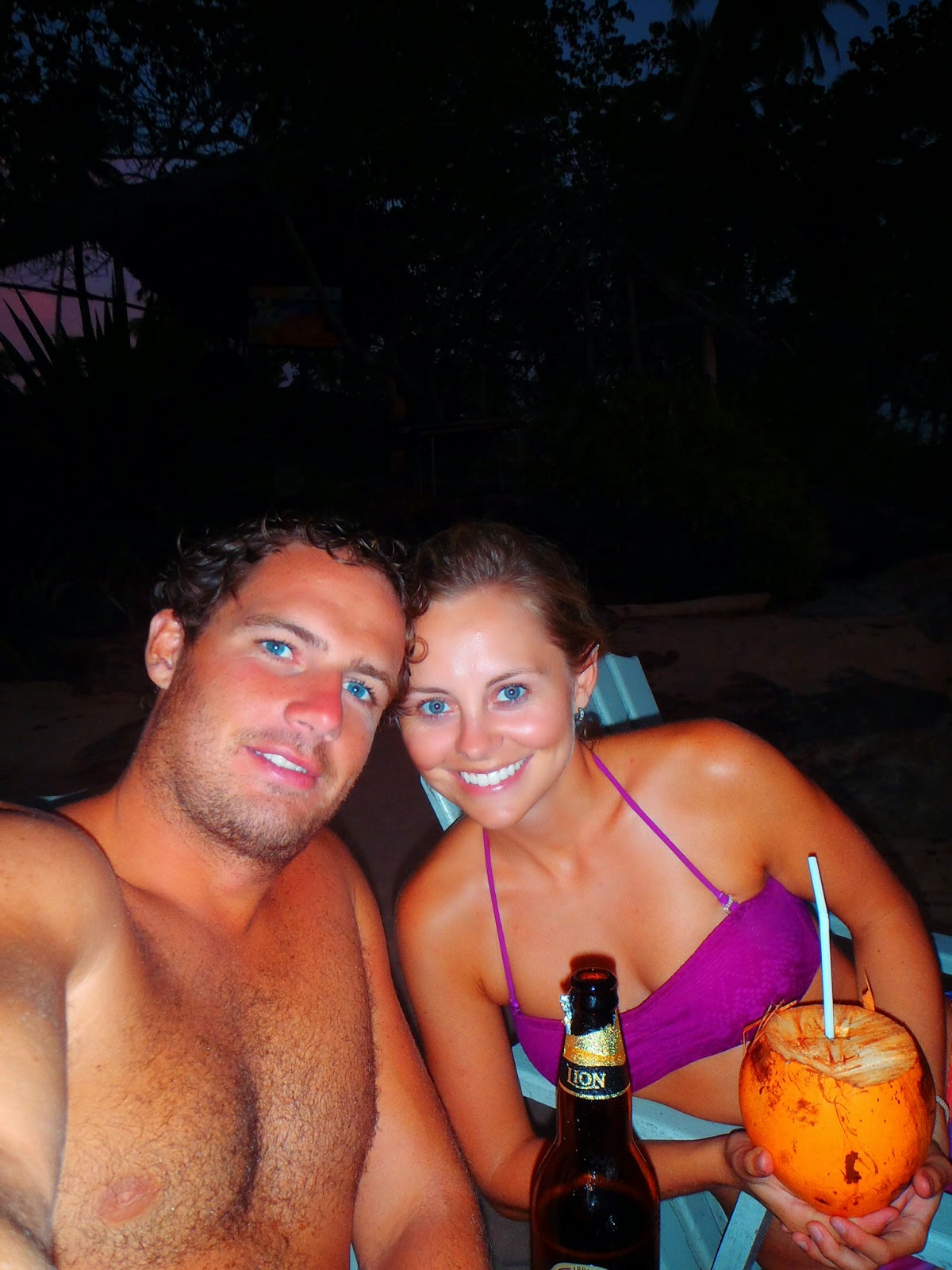 Thanks for reading our blog. We are off to hike hike hike!,