G'day! How are ya going? (Yes,that's Aussies slang..and we're still not sure how to respond) Sorry to disappoint, but this blog is not nearly as entertaining as the last.  Currently we are enjoying a mid day break in the shade, sipping vanilla coke on a hot, (35*) sunny day. (Sidebar: Can we still buy vanilla cokes in stoon? Ohh remember the cherry cokes? Mmm ..) We are nicely settled into a hostel at Coffs Harbour, which is a really active little city. Our camper van is parked in the lot beside the "Aussitel" hostel. We pay half price to use all of the hostel facilities while continuing to sleep in the ole Donkey Van. This hostel is super cool, as it's small, Clean, comfortable and full of great people. It has a pool and a shed full of kayaks, canoes, boogie boards, surf boards , tennis rackets etc. that are rented out for free.

Let's go back to where we left off... Bobs mansion..uh yes... We left Wollongong feeling refreshed and ready for the big city. thank goodness for gps which helped Ashton navigate around Sydney to the outskirts where we parked our van. To get to the Sydney opera house (in the central business area) It was a 10 minute walk from our site to the tram station, then 30 minutes on the tram to reach our final destination. The central harbour was our starting spot for our three days in Sydney.

Day one we took extra time to figure out the tram station and waltz around the Sydney opera house taking in all the excitement. Three weddings were taking place, street performers were in full swing, tennis was playing on a jumbo tv, ferries, trams and buses were bustling, there were all kinds of people everywhere, restaurants and pubs lined the harbour and cameras were clickin away. We found the heart of Sydney and enjoyed people watching while sippin back a Beer on the harbour. Sydney is really spectacular. It is modern, clean, lively, wealthy and unique. From the sights to shops, to parks to clubs to beaches there's a little something for everyone.

Day two was Australia Day!!
January 26th. We were fortunate to be in Sydney onAustralia Day.it was crazy!!

We left our campsite on foot at 10 and didn't arrive home until 11 pm.. We watched Paratroopers, and a ship parade at the harbour. As well , we enjoyed a free BBQ and band. We took a break and laid in Hyde park, as well as took In the excitement on darling harbour and ate out at pub in the central business area. There were tons of people! And lots of kids partaking in the day. The best part of the day were the fireworks!! 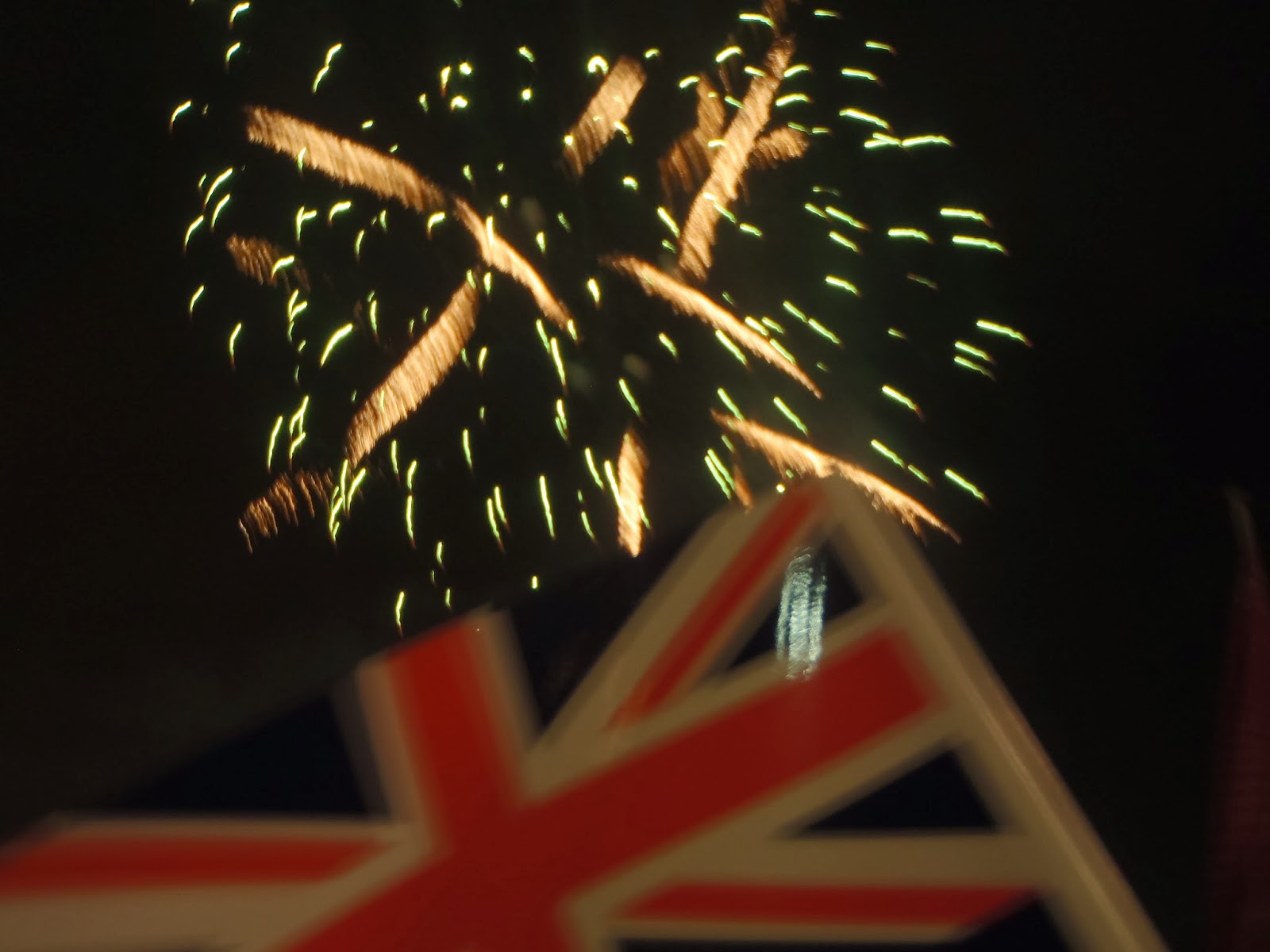 By far the best light show/firework show I've ever seen. It was never ending and bright and loud and extreme style. Excellent way to end the day.

Day three we woke up with sore legs, hips, knees, wow we were pooped out, but the fun can't end. So we headed back into central Sydney and bought a transportation multipass to be used for ferry, tram, and bus all day anywhere in the city.

We ferried over to Manly. Which I really enjoyed. It was a tiny island that had two main beAches.. A wavy one and a calm one. We soaked up rays at both, then stopped in at an Iga to pick up picnic food. Later in the afternoon we went to the famous Bondi Beach.

Defiantly the hot spot for hotties. ;) it was shoulder to shoulder packed on the beach, the waves were fun and the boardwalk behind the each led to shops and restaurants. There was also an outdoor gym full of boys pumping iron... (I'm slightly embarrassed because yes, I did take a couple glances their way, until I tripped on the pavement) smooth , hah a..
We bought a six pack and sat on the hill with a few locals to enjoy sunset. In all, Sydney was a super dynamic city and defiantly a cool place to live., lonely planet describes it as sun kissed, sophisticated and supremely self confident. however, being from small city Saskatoon, we began to find the amount of people and big city routine sort if overwhelming. The metro system was great, but I'd prefer to hop in my car and be across Saskatoon in 20 minutes ..hah a..

Onward and upward we go We decided to go inland to check out the famous blue mountain national park...
This is a region with gorges, valleys and mountains literally with a blue haze encircling them. The slate coloured haze comes from a fine mist of oil exuded by the huge eucalyptus gums that form a dense canopy across the landscape.

What a beautiful sight. Our pictures don't do it justice. ..

Also inland was the Hunter valleys, known for their wineries. ;) 150 wineries!

So Ashton was my designated driver while I sampled out a few different wineries. Shiraz, Chardonnay and moscato are their top wines. Let's just say Aussies are generous with their wine sampling! Hah a.. Yum.. We ended up buying a bottle of moscato and some fine cheese to have our own picnic back at our campsite.

After sleeping in a grungy make shift campground, we got back on the road and headed for Coffs Harbour .
We are currently in Coffs and really enjoying it. Since being here we have taken out the kayak on the nearby river and strolled along ending in the ocean. Super nice, but as the tide rolled out the creek became even more shallow and we spent more time walking in the creek then kayaking the creek on the way home! Hah a.. Thank goodness we didn't meet any ill creatures in the creek. We also checked out the botanical gardens.. A relaxing and beautiful attraction... Saw lots of pretty flowers. Met a couple from Winnipeg. We asked if they knew any of our cousins/friends, but no luck,, In the evening we started drinking our box of wine and soon made friends with a couple from England& Scotland. People soon informed us we were drinking "posh goon"... Goon is what Aussies call the box of wine. And posh is actual expensive wine. ($14) hah a.. So we got a little "gooned", and headed out with a group of hostel workers and the Couple. We went to a sports bar which had a Live band rocking out. We danced, visited and had some good laughs. The bar had a built in breathalyzer and by 2 am the four of us were all deemed "dangerous and hazards to the road. " lol... Good thing we cabbed. Then we tried to hit up a dance club but arrived ten minutes after they shut the door. Here in Australia they have a law that all bars must shut their doors at midnight. They stay open until 2 or 3, but no one is allowed to enter past midnight. Good times The next day we rented boogie boards and hit up the waves in the ocean. Next step ..surfing.. But for now were ok with boogie boards. Lots of fun.  So that about sums it up for the past week.. Make sure to google some of the places we've mentioned to get a god visual. Hope all is good at home. Love ac zunti.hah a
Posted by Ashton & Chelsey Zunti at 16:19